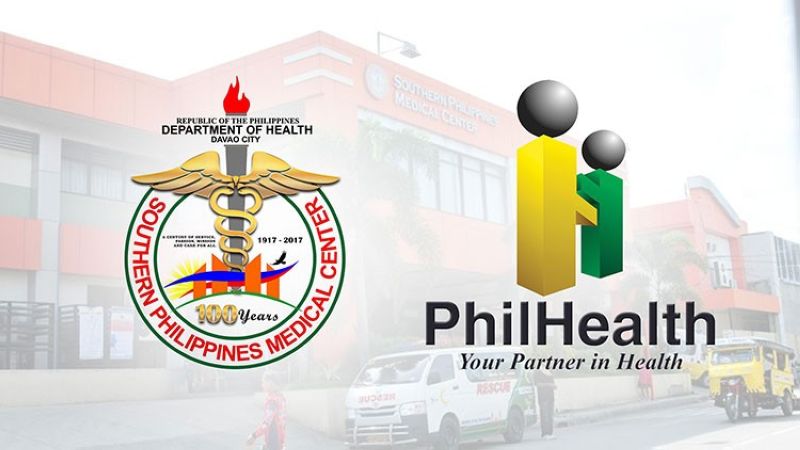 AN OFFICIAL from the Southern Philippines Medical Center (SPMC) said their operation will not be affected amid the suspension of PhilHealth's Interim Reimbursement Mechanism (IRM).

SPMC officer-in-charge Dr. Ricardo Audan said on Thursday, August 21, that the IRM suspension will not affect the hospital's operation especially that it is currently designated as a referral hospital for coronavirus disease (Covid-19) patients, both suspected and confirmed.

"Even if ma-suspend ang IRM (Even if the IRM gets suspended), that is still our call no matter what. We have to be of service especially to our indigent patients," Audan said.

PhilHealth suspended the IRM on August 14 amid congressional inquiry into alleged anomalies in the agency.

The IRM, according to PhilHealth, is a program that advances the reimbursement of members' insurance claims to hospitals and clinics directly hit by "fortuitous events," supposedly cutting the long queue and tedious bureaucratic process.

Lawmakers are currently investigating the alleged irregularities in the IRM, which was identified as the main source of corruption in the agency.

SPMC got dragged during the committee hearing after getting the highest chunk of IRM from PhilHealth.

According to PhilHealth, SPMC got the highest amount of IRM with P326

million. A far second is the UP-Philippine General Hospital (PGH) with P263 million, followed by the Davao Regional Medical Center with P209 million.

This had resulted in alleged "favoritism" remarks since its former chief, Dr. Leopoldo Vega, was appointed as Department of Health (DOH) undersecretary in June this year.

Both SPMC and PhilHealth already denied such claims, adding that there was a basis for the allocation of the said amount.

PhilHealth, in a previous statement, clarified that IRM is not only limited to Covid-19 patients, and its allocation is based on "historical data."

Aside from being the largest government hospital in the country, which played a key role in Covid-19 response in Mindanao, SPMC also remained to be the top contributor to PhilHealth's income, even breaching P1 billion in recent years.

SPMC Finance Officer Barbara Cezar told SunStar Davao in a previous interview that the hospital has the highest PhilHealth income, breaking the billion mark, making SPMC the lone hospital in the country to achieve such earmarks.

Cezar said the hospital's average income for 2018 and 2019 is at P1.2 billion, which was the basis for the allocation of the IRM.

As of August 13, the hospital has spent P307 million from the allotted IRM for Covid-19 patients.

Although Cezar said in case the IRM will be depleted, Covid-19 patients should not worry since SPMC would still shoulder their hospital bills.

She said they have still reserved financial assistance from the national government worth P100 million.

Although she did not have any comment on the issue, Davao City Mayor Sara Duterte-Carpio said that SPMC, since the Covid-19 pandemic struck the city, shouldered all the medical expenses of the Covid-19 patients.

The mayor emphasized that even the quarantine violators have benefited from their medical service.

Duterte-Carpio had previously said the City, through Lingap, will not shoulder their hospital bills if they get contracted with Covid-19 virus for violating the city's quarantine measures.