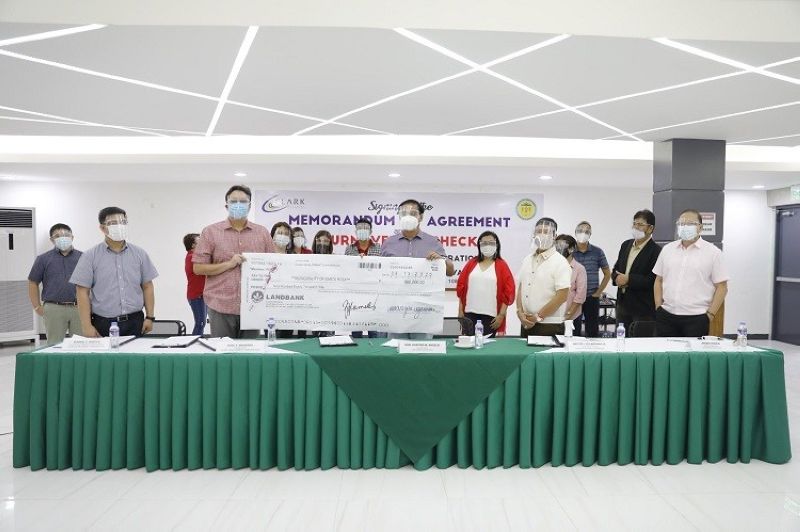 This after an agreement was signed between the CDC and the local government of Sta. Rosa town in Nueva Ecija in a simple ceremony held recently.

The students from Nueva Ecija will be the first beneficiaries of CDC outside the provinces of Pampanga and Tarlac, as the state-owned firm continues to expand horizons not only in nearby communities but also to other provinces.

A check amounting to P980,000 was also turned over after the MOA signing, which will be used for the tertiary education of the underprivileged students residing in Sta. Rosa, Nueva Ecija.

Manankil approved the granting of financial assistance saying, "it's something that is really noteworthy to support.”

“We saw a very good (educational) program, there are already graduates, and there are some that are currently enrolled," he added.

During the signing and issuance of the check to Angeles, Manankil was joined by CDC Director Nestor Villaroman Jr., and AVP for External Affairs Rommel Narciso. Also present during the event were CDC Vice President for Security Services Atty Ramsey Ocampo, Vice President for Admin and Finance Mariza Mandocdoc, and Communications Division Manager Anthony Emmanuel Tulabut.

Angeles also thanked CDC executives for supporting their program in giving financial aid to deserving students coming from low-income families of his town.

The CDC, through its Corporate Social Responsibility Placement Division (CSRPD), has been consistent over the years in supporting education and livelihood programs dedicated to helping disadvantaged individuals in attaining their dreams.

Some of its existing CSR projects include OB Montessori Family Care Center, CDC Academic Excellence Award, soap-making project and "Aetapreneur," among others.