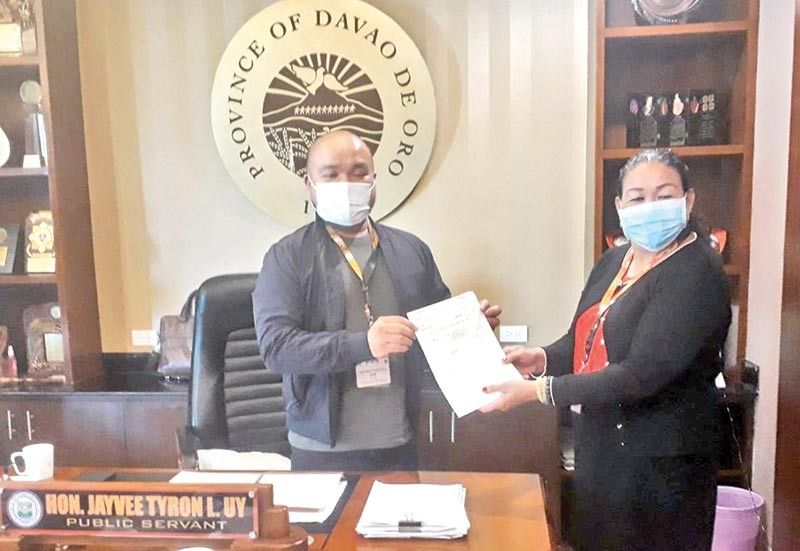 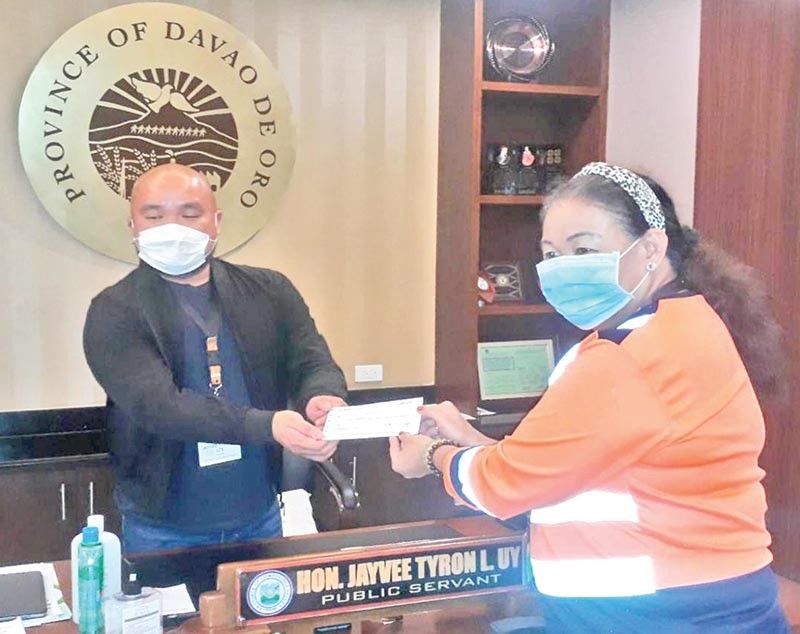 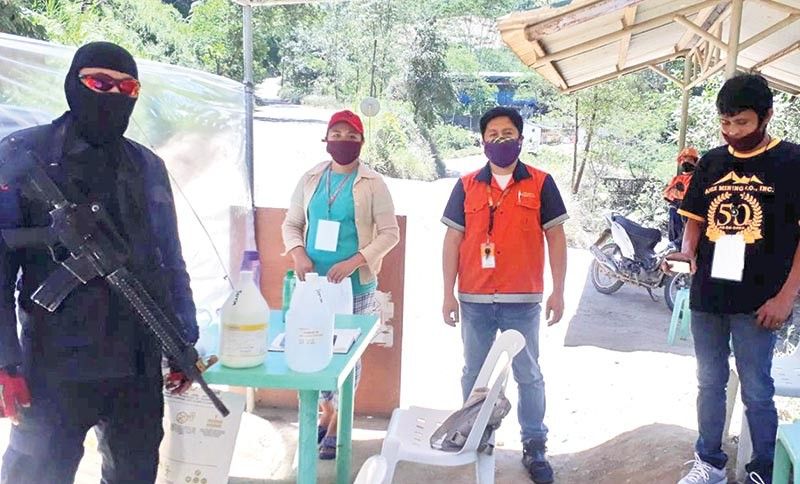 AMCI. Barangay Functionaries of Teresa, Maco receive a gallon each of hand sanitizer and Chlorinex Disinfectant from AMCI on April 7, 2020. (Contributed photo) 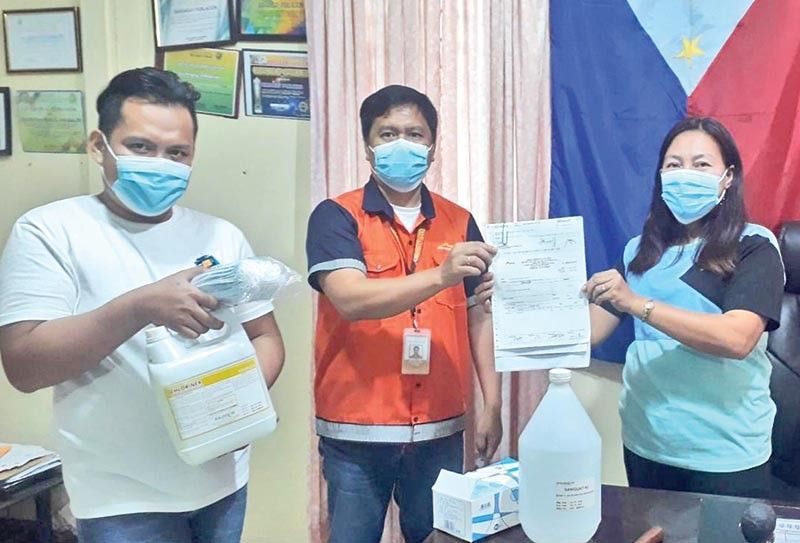 AMCI. The treasurer and other barangay staff of Poblacion in Mawab receive the check worth P10,000 as financial aid, aside from the hand sanitizers, disinfectants and face masks from Apex Mining Company Inc. (AMCI) to 31 impact and non-impact barangays on June 1, 2020. (Contributed photo) 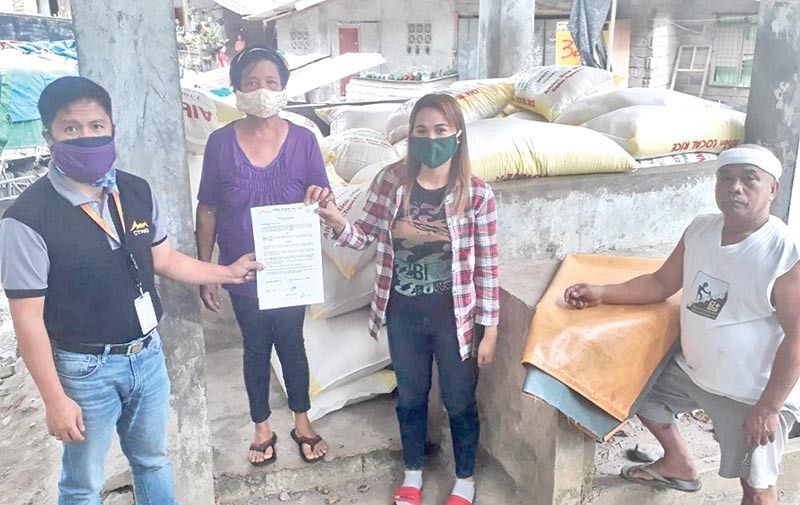 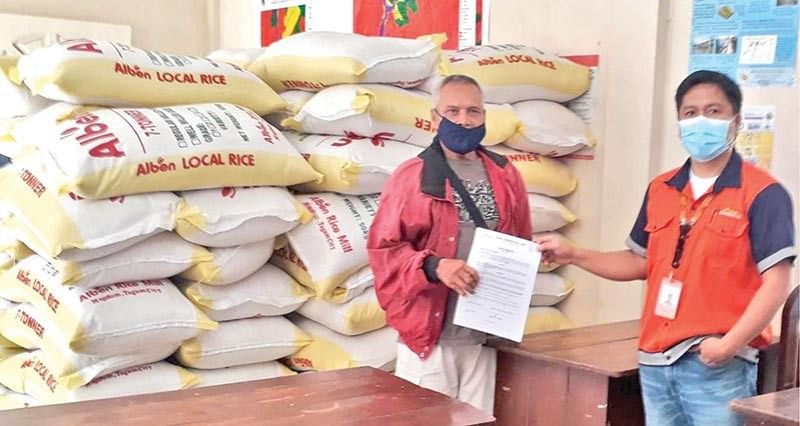 AMCI. Barangay Elizalde Capt. Domingo Cabello receives the 90 sacks of rice intended for the barangay residents on May 8, 2020. (Contributed photo) 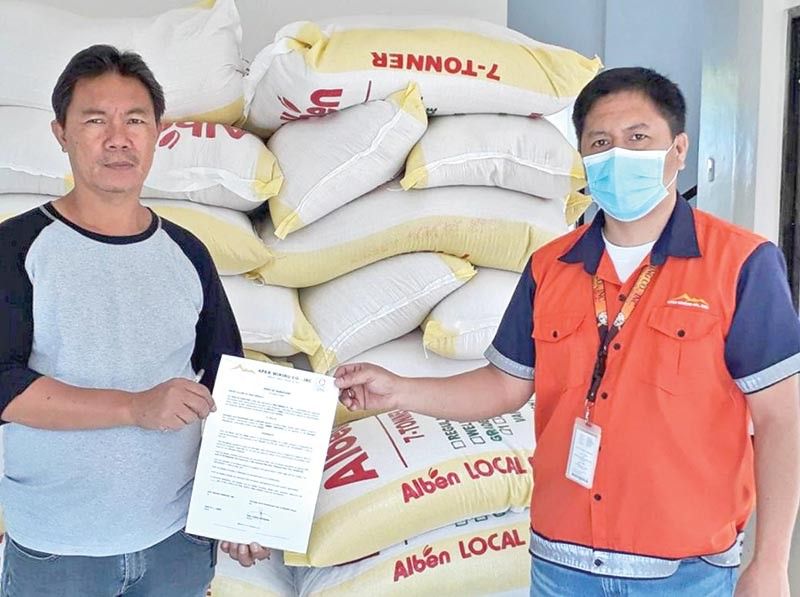 AMCI. Punong Barangay Romeo Gregorio of Brgy. Golden Valley, Mabini receives the 70 sacks of rice from AMCI on May 8, 2020, as food assistance for the 1,502 families of the barangay. (Contributed photo) 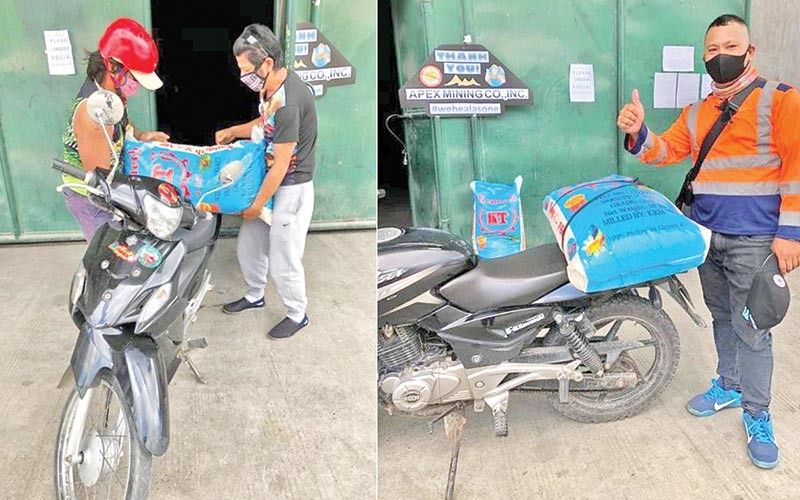 Forced-leave employees who are based in Tagum City receive one sack of rice from AMCI on May 9, 2020. (Contributed photo)

IN RESPONSE to the national government’s call for support amid the national health crisis brought about by the Covid-19 pandemic, the Mines and Geosciences Bureau (MGB) immediately issued a memorandum on April 1, 2020, on the “Guidelines of the Realignment of Social Development and Management Program Unutilized Funds to Support Affected Impact and Non-impact Communities due to Covid-19.”

The Apex Mining Co., Inc. (AMCI) quickly responded and realigned its Social Development and Management Program (SDMP) and Socio-Cultural funds for the year 2020 to help the local government units (LGUs) address the health crisis in their areas. The funds of which were implemented from April - July 2020.

AMCI implemented several initiatives in response to the memorandum, and these include the provision of financial assistance to its partner LGUs, namely, the Provincial Government of Davao de Oro, Maco Municipal Government, and the Mabini Municipal Government, through their respective Local Inter-Agency Task Force against Covid-19.

The checks were received by the LGUs’ respective treasurers, subject to the submission of receipts/proof of purchase/expenses, photos, among others.

Maco also received on June 15 another check from AMCI amounting to P500,000.

Another municipality in Davao de Oro who benefitted from the financial aid given by AMCI was Mawab as it received P10,000 worth of check.

Aside from that AMCI also provided financial assistance to the Philippine Red Cross (PRC)-Davao de Oro chapter amounting to P100,000 which was given last April 17.

AMCI released a total of P2,088,276 for its financial aid program for the second quarter.

AMCI also implemented the provision of financial aid to its partner barangays to augment their resources to support the meals and other incidentals expenses of the personnel manning their respective quarantine checkpoints.

Distribution of hand sanitizers and disinfectants

Aside from the financial aid, AMCI has also donated sanitizers and disinfectants to barangays with community quarantine in the three municipalities of Davao de Oro: Maco, Mawab, and Nabunturan, to help combat the further spread of the dreaded Covid-19.

All in all, 21 barangays have benefitted from AMCI’s weekly donation of hand sanitizers and disinfectants that were distributed to different Barangay Emergency Response Teams (BERTS) who run, manage and man their respective community checkpoints along Masara Lines.

To augment the government’s food and basic relief goods distribution to ensure that residents will stay in their homes, AMCI also donated food and basic necessities to several barangays in Davao de Oro.

Aside from the sacks of rice AMCI has distributed to several barangays in the municipalities of Maco and Mabini, AMCI also distributed packs of basic needs to several families in the barangay beneficiaries which include canned goods, sugar, coffee/cocoa, milk and detergent/bath soap.

As of to date, no cash assistance is received by the affected workers in the host and neighboring barangays from DOLE.