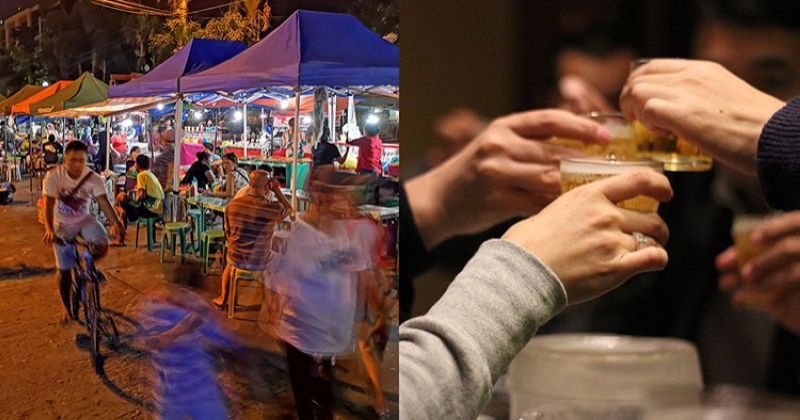 DAVAO City Mayor Sara Duterte-Carpio said the reopening of the Roxas Night Market is targeted to be in the third week of September this year, while the lifting of the liquor ban is being eyed in October.

Duterte-Carpio made the announcement on Friday, August 28, after revealing that the modified general community quarantine (MGCQ) in the city has been extended for the entire September.

She said this is based on the initial information she received from the Inter-Agency Task Force on the management of Emerging Infectious Diseases (IATF-EID). However, this has yet to be finalized, approved, and announced by President Rodrigo Duterte.

The mayor said the night market was first prioritized because of the number of vendors and tenants who wanted to resume operation as they are among the hardest hit since the community quarantine in March.

On March 12, 2020, the mayor ordered the closure of the Night Market along

Roxas Avenue together with other public parks days after the National Government declared a state of public health emergency due to the threat of the coronavirus disease (Covid-19).

Over 500 vendors were affected by the closure, according to the mayor in a previous report.

Prior to the pandemic, each batch of vendors includes 130 tenants for the accessories area, 130 for the ready-to-wears (RTWs), 116 food vendors, and more than a hundred massage therapists. Batches of vendors and tenants change every three months.

For its resumption, the night market under the "new normal" will operate under 25-percent capacity.

The number of stalls and vendors who will operate at the Roxas Night Market will also be limited, still under 25-percent capacity. Batches of vendors will be rotated every two weeks. She said this is to give way to other vendors who wish to operate there.

"Tan-awon nato kung ma-maintain ang distancing, and compliance sa health protocols, particularly sa mask, and handwashing, then we can add on ang mga vendor nga pwede magtinda (We will look into their compliance of the health protocols, particularly on the wearing of face masks, physical distancing, and handwashing. Then, we may be able to add vendors who can sell at our night market)," Duterte-Carpio said in a radio interview on 87.5 FM Davao City Disaster Radio.

The mayor said the city is still finalizing other guidelines to be implemented inside the night market.

She said the city is now preparing for a short program on September 2 for the family and victims of the bombing incident in 2016, killing 15 individuals and injuring 70.

As for the decision to prolong the liquor ban lifting, the mayor also said the decision is based on the IATF guidelines, wherein beerhouses, clubs, and bars are still prohibited from operating under MGCQ.

"Hinay-hinayon nato siya. Mag-open ta og isa, then tan-awon nato kung mudaghan then mag regroup, mag-rearrange, mag-recoordinate kung unsa ang kinahanglan buhaton kung simbako ing-ana mahitabo, we proceed to the next thing we lift (We will slowly reopen other businesses and see how things go. We will then regroup and coordinate on what else needed to be done. Then, maybe we can proceed to the lifting of the liquor ban)," the mayor said.

Employees, whose business nature was affected by the liquor ban can still expect food assistance from the city government, through the City Social Welfare and Development Office (CSWDO).

Vices Regulation Unit (VRU) head Dr. Ashley Lopez said on Monday, August 24, that once the lifting of the 24-hour liquor ban will be formalized through an executive order, the city's liquor ban based on Ordinance 004-13 will still be in effect.

Lopez said that in case the mayor, through an executive order, will issue the lifting of the liquor ban, Ordinance 004-13 or the ordinance "regulating the operation of business establishments selling liquors, coconut wine, and other nature wine and other alcoholic beverages in the city of Davao" immediately takes effect.

According to the ordinance, the liquor ban will be from 1 a.m. to 8 a.m.

"It's still enforceable even after the lifting of the 24-hour liquor ban. Kanang atong ordinance, lifetime na nato na nga ordinance (It is already a lifetime ordinance in the city), whether there is Covid[-19] or not," Lopez said.