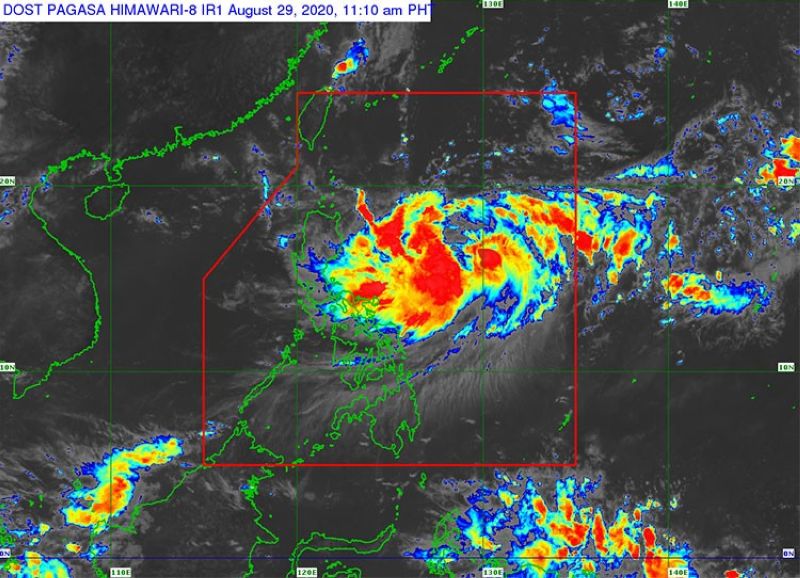 Julian, however, will not directly affect Metro Cebu, which can only expect a partly to mostly cloudy weather condition with isolated rainshowers or thunderstorms mostly in the afternoon until evening.

Metro Cebu can expect a moderate wind and sea condition with temperature expected at around 33 to 34 degrees Celsius and the heat index, or the human discomfort at 40 to 41 degrees Celsius Saturday, August 29, said Pagasa.

It has a maximum sustained winds of 100 km per hour (km/h) near the center and gusts of up to 125 km/h, said the weather bureau.

Based on the forecast track, the tropical cyclone will remain over the Philippine Sea throughout the forecast period, far from the landmass.

It is forecast to exit the Philippine area of responsibility (PAR) on Monday evening, August 31.

Julian, Pagasa said, is undergoing a period of rapid intensification. It is forecast to reach typhoon category Saturday afternoon or evening and may reach peak intensity by Monday.

The raising of Tropical Cyclone Wind Signal, however, is unlikely throughout the forecast period or until 11 p.m. Saturday.

Julian is also less likely to directly cause high impact weather over the country, said Pagasa.

The Southwest Monsoon, meanwhile, is forecast to bring moderate to rough seas (1.2 to 3.4 meter) over the seaboards of Northern Luzon and the eastern seaboard of Central Luzon.

Those with small seacrafts are advised to take precautionary measures while venturing out to sea. (WBS)