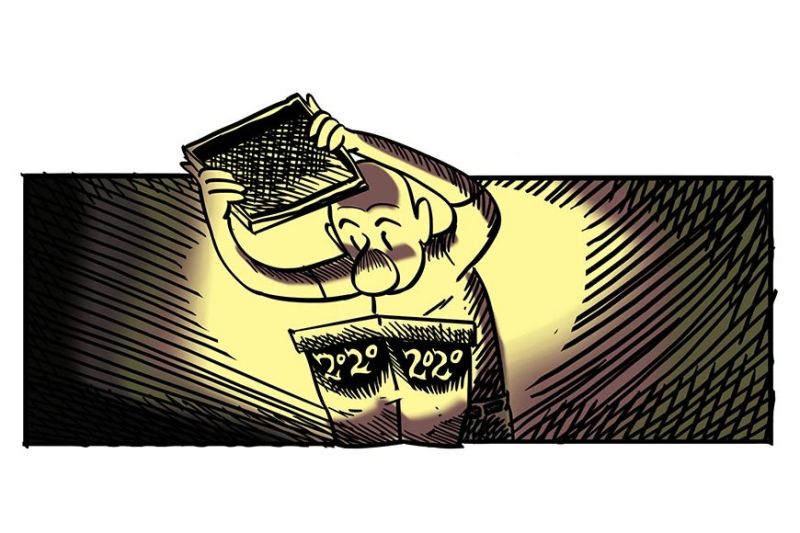 IN LIFE, as in comedy, timing is key.

We might know the right words to say for a specific situation, yet if we don’t say them at the right time, they could fall flat or simply fade away unnoticed—as anyone who’s been in an unruly Zoom meeting this year can tell us.

Netflix and Vox Media got lucky last year. (Timing is only part-anticipation, after all. Sometimes it’s just good old luck.) In November 2019, Netflix and Vox released an episode of their “Explained” documentary series that, in hindsight, sounds almost prophetic.

They called it “The next pandemic.”

Less than two months later, the next pandemic had begun. What timing!

One of the most unnerving parts of that documentary mentions a simulation that shows a flu pandemic could end as many as 33 million lives in just six months. Eight months in, Sars-CoV-2 has not reached that tragic milestone.

As of Saturday, Aug. 29, the number of infections had reached 24.7 million, according to the tracker the Johns Hopkins University had made. The global death toll was 837,353 or under four percent of that simulation’s terrible numbers.

One could frame this fact as a pessimist and say that it’s only a matter of time until the next pandemic proves that simulation right. And he would have some basis.

Of more than 1.6 million estimated viruses in wildlife that are potentially zoonotic (able to leap from wildlife to humans, given the right conditions and yes, timing), only about 3,000 are known. Public health and scientific frontliners are preparing for a threat no one has ever seen before.

And then “The next pandemic” does something that keeps you riveted. It reminds you that hope, too, has some scientific ground to rest on. It points out that both diagnostics and surveillance systems have improved after every public health threat. It’s reckless to do nothing but hope that this virus will somehow just fade away, the way the first Sars-CoV did in July 2003 after spreading for eight months.

But it’s also unproductive to wallow. Or to forget that there are things we can do, limited as they may be, to protect ourselves and those around us now. It’s a matter of framing.

We could, for example, focus on what we have lost. Most of us miss how freely we could high-five a friend or hug a loved one before quarantines became a part of our everyday lives. We miss not having to worry whenever we stepped into a shared space. Sometimes we miss the hum of activity that surrounded us in our offices.

Before long, we may miss eating meat. There’s a Vox report by Sigal Samuel that points to factory farms that supply 90 percent of the world’s meat yet are so poorly designed that it’s only a matter of time before they unleash the next bacterial or viral pandemic.

Here’s where framing helps. With practice, we can learn to stop our anxious thoughts before they get the better of us. Instead of thinking about what we’ve lost, we can choose to shift our attention to what we have gained. (You know, apart from quarantine pounds.)

We have gained more time to spend with our loved ones. More reminders to stop obsessing about how we appear and to pay attention instead to how we think and how we treat others. We have gained a more frugal and more thoughtful way to live. We are learning to create in adverse conditions. We are becoming essentialists.

One framing trick that helps is to replace “What next?” with “What now?” A powerful reminder we can thank the Buddhists for is this: “Life is accessible only in the present moment.”

Somehow, this is easier to grasp now than in those days before the pandemic, when we were consumed with either refusing to let go of the past or working feverishly toward our future success. “It is only in the present moment,” wrote the Zen monk and meditation teacher Thich Nhat Hanh, “that life, peace, joy, happiness, and well-being are possible.” May you have long, beautiful stretches of life-changing nows.