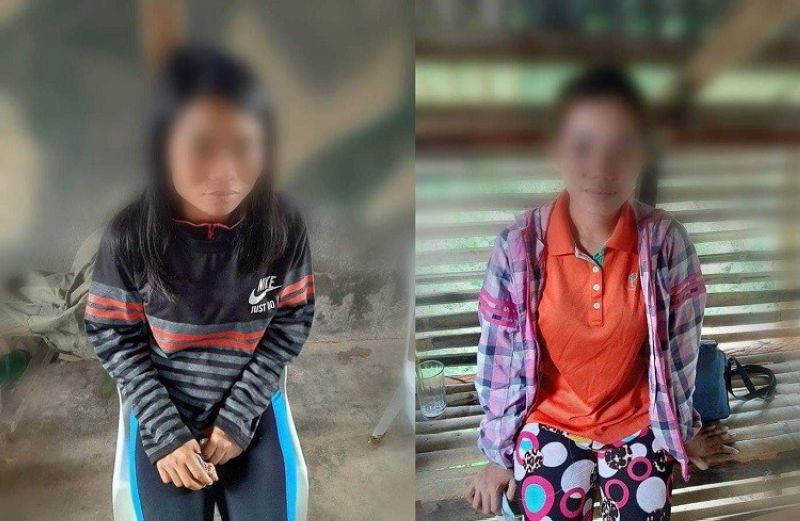 According to the Army’s 3rd Infantry Division Public Affairs Office (3DPAO), the surrenderers were identified as JL and Alexa, who are both members of Baloy Platoon, Central Front, Komiteng-Rehiyon Panay.

The Baloy Platoon is the same group that the 12IB encountered and engaged in consecutive firefights in Janiuay town on Friday, August 28.

The 3DPAO said the encounters between the troops and rebels have caused demoralization within the NPA's ranks, as the Army registered consecutive victories against the terrorists through the help of the people who shared vital information that led to the decisive hit against the communists.

JL and Alexa admitted that they were with the group that the 12IB engaged on August 26 and 28 in Janiuay town in Iloilo.

They positively identified their personal belongings recovered by the troops from the encounter area.

Their surrender was facilitated by a village official who brought them to the headquarters of 12IB in Calinog town after their group abandoned them after the firefight.

Brigadier General Marion Sison, commander of the 301st Infantry (Bayanihan) Brigade, lauded the troops for their successful combat operations that "continue to put intense pressure on the NPA terrorists, denying them the opportunity to further commit their atrocious acts."

He likewise thanked the barangay officials for their support, especially in assisting JL and Alexa to return to the folds of the law.

“There will be no let-up in our hunt for these communist terrorists. Your Army here in Panay and Guimaras will relentlessly pursue these enemies of the state to prevent them from sowing terror in the communities and to save our youth from getting involved in the senseless bloody armed struggle,” Sison said.

Sison added that the Army is here to protect and serve, and their door is always open to those who choose peace.

Sison said in time with the nation’s celebration of International Humanitarian Law (IHL) Month, the surrender of JL and Alexa "speaks volumes about the Army’s high regard for human dignity as manifested by how we have protected these surrenderers."

"We compel the people to abandon communist ideology that has only caused death and misery. We shall show compassion and assist those who choose to return to the folds of the law in going back to mainstream society,” he said. (SunStar Philippines)