Duterte off to Jolo 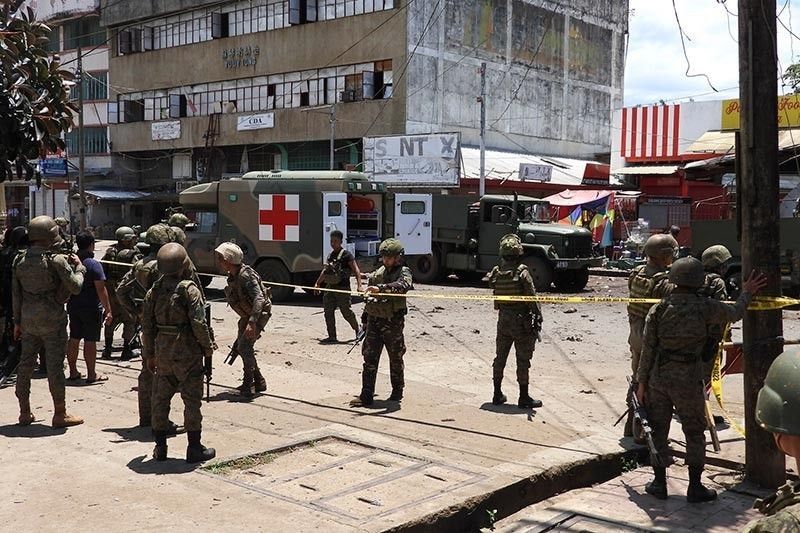 PRESIDENT Rodrigo Duterte on Sunday, August 30, 2020, said he was on his way to Jolo to visit the troops and inspect the sites of the two August 24 explosions that killed 15 people and wounded 74 others.

Two explosions, believed to have been triggered by two suicide bombers from the Abu Sayyaf Group, rocked Barangay Walled City in Jolo, Sulu about 100 meters apart at 11:50 a.m. and 1 p.m. on August 24.