Russia’s envoy to PH: Vaccine may be produced locally 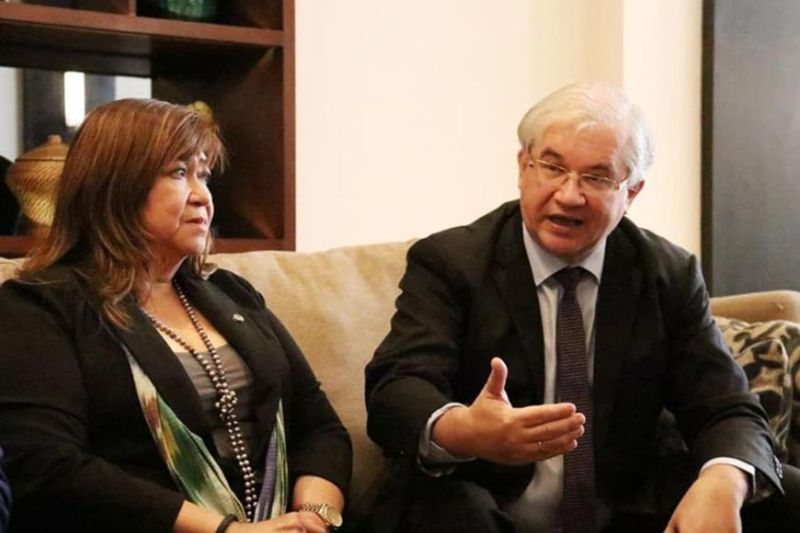 Russia is the first country to have officially registered a vaccine for Covid-19. It is a real breakthrough, similar to when the Soviet Union launched the first satellite called Sputnik in 1957. This is probably why the vaccine is called Sputnik V. Your country is now in the frontline in the fight against the pandemic. What are the next steps that will be taken to finally bring the world back from “new normal” to “old normal”?

Igor Khovaev: I am not a virologist although these days I sometimes get the impression that many people have acquired degrees in virology overnight. I am a diplomat and as such, I would like to share with you my opinion based on simple common sense. Those who would like to learn more about the technical details can log on to sputnikvaccine.com or watch the press conference of the Russian Direct Investment Fund Director General Mr. Kirill Dmitriev at https://www.dailymotion.com/video/x7ckh4c.

Russia is indeed the first country to have developed and registered a working anti-Covid-19 vaccine. However, we consider this not only the achievement of Russian scientists, but also a major breakthrough for the entire world. The Covid-19 pandemic is an enemy that no single country big or small is able to defeat by itself. The pandemic can only be overcome by joining efforts and resources of all responsible nations. This is why we are inviting partners and friends to participate in the final stages of development of the vaccine. We are interested in all forms of cooperation from carrying out additional research and clinical trials to joint production. Russia has already signed agreements with several countries to produce the vaccine and over 20 others have made requests to purchase it.

So what exactly does Russia offer to the Philippines?

Igor Khovaev: As I said, we believe that finalizing this vaccine is highly crucial not just for Russia, but for the entire world. While we welcome contributions from all the parties concerned, primarily we would like to develop Sputnik V in cooperation with our close partners like the Philippines. In this regard, we offer the following areas of collaboration:

* exchanging information on development and clinical trials of the Russian vaccine;

* conducting clinical trials of the vaccine on the Philippine soil in order to verify its efficiency and safety and to complete the relevant registration procedures in full compliance with the local legislation;

* supplying the vaccine to the Philippines;

* sharing technologies and manufacturing the vaccine on the Philippine territory.

Please note that this is not some kind of a commercial undertaking. It would have been much cheaper and easier to conduct clinical trials in Russia but we want to make sure that the vaccine is safe and we want our partners to make sure of that as well. I am pleased to say that Russian and Philippine experts have already started exchanging opinions on the technical aspects of conducting the abovementioned trials in the Philippines.

Russia reportedly has agreed to transfer technology of the vaccine. Does Russia see the Philippines as capable of manufacturing Sputnik V?

Igor Khovaev: Absolutely. If we did not believe so, we would not have offered it to the Philippines in the first place. This transfer of technology will open up new horizons for bilateral economic and scientific cooperation because the technology in question can be used in a whole variety of fields. Not to mention that it will likely make the Philippines a regional hub for the anti-Covid-19 vaccine.

How much of the vaccine will be produced here in the Philippines and what would be the approximate price of one inoculation?

Igor Khovaev: Provided the establishment of local production is successful, the volume of the vaccine to be produced will be determined by the Philippine Government in accordance with the needs of the population. On the other hand, the Philippines might potentially supply the vaccine to other countries within the region.

While the price of one shot has not been established yet, what I can remind is that prices of pharmaceuticals in Russia are usually lower than those in Western Europe or the United States. Therefore, I have all reason to believe that the vaccine will be quite affordable for Filipinos, especially if it is produced locally.

Is there any certainty on when the first batches of the vaccine will arrive in the Philippines?

Igor Khovaev: The Russian Direct Investment Foundation, which is in exclusive charge of development, distribution and production of the vaccine abroad, is not inclined to waste time. We are ready to work as fast as it is acceptable for our Philippine partners.

Russia’s President Vladimir Putin has personally announced the vaccine even before the third phase of trials has been completed. What makes the Russian Government and scientists so confident of its success?

Igor Khovaev: From the first day President Putin emphasized that the safety of the vaccine was the top priority. Therefore, although we are quite optimistic with regard to the success of phase three, what is at stake here for the President and for everyone else is the health and security of our people. In addition, I have to say that failure of phase three is hardly a possibility. Russian scientists chose the safest method of delivering the coronavirus spike. The technology used for the creation of the Sputnik V vaccine is the same that was used for the Russian vaccine for the Ebola Fever and Mers virus. Both of them were highly successful, efficient and safe.

We Russians are highly responsible people. We do not like risky undertakings. One of our favorite sayings is “Trust, but verify.” That’s why we suggested to carry out clinical trials here, so that our Philippine partners could verify the efficiency of Sputnik V.

Russia has always been very strong in the sphere of vaccines. We have a serious technological and scientific edge. Our priority of course is the health of our population but we are more than willing to share our accomplishment with others to fight a common foe, which is Covid-19.

What was the first reaction of the Philippine Government to the Russian offer?

Igor Khovaev: We highly appreciate the statement by President Duterte, who expressed the willingness to be the first to test the Russian vaccine. I cannot help but admire his decisiveness and his readiness to do what it takes to overcome a crisis.

Overall, the Philippine Government has been enthusiastic about our offer. I would like to convey my appreciation to the Department of Foreign Affairs, the Department of Science and Technology and the Food and Drug Administration and my personal thanks to Hon. Sen. Christopher “Bong” Go, chair of the Philippine Senate Health and Sports Committee; to H.E. Teodoro Locsin, secretary of foreign affairs of the Philippines; and to Hon. Secretary Fortunato de la Peña, Department of Science and Technology. Apart from that, we are getting a lot of positive feedback from Philippine parliamentarians and business people. A lot of them are asking how they could help to expedite the process of bringing the vaccine to the Philippines.

Along with all positive comments, it is hard not to notice some skepticism coming from a number of well-known politicians and scientists around the world. Do you think they have any actual reason to be concerned?

Igor Khovaev: There has indeed been a flood of skeptical comments mainly from Western countries. On the one hand, I think it is normal because it is only human nature to be skeptical towards something new. A long time ago, people were skeptical about the fact that the Earth is round and that it evolves around the Sun.

On the other hand, a fair share of the skepticism regarding the safety of the Russian vaccine is nothing but an attempt to undermine the results of the work of Russian scientists for political and commercial reasons. It is an open secret for any unbiased observer.

I recall an American expert stating, “There is no way the US would test it [the Russian vaccine] on monkeys, let alone people.” In fact, I cannot help but think that those monkeys have more decency and morals in them than the people who purposefully try dissuading others from testing and using the vaccine for reasons that have nothing to do with saving lives and stopping the pandemic. All those allegations are nothing but indecent competition moves. It is quite sad to realize it because this is a time for the global community to join forces, not to try undermining each other attempting to exploit the pandemic for commercial gain. I suppose that true people of science and medicine should be above it especially in such trying times. So I would like to recommend Western official and researchers to be more modest and less jealous. If they choose competition over cooperation, we are more than ready for it but competition has to be fair.

Another interesting detail is that along with criticizing the Russian vaccine, Western countries tried to lure over scientists from the Gamaleya Research Institute of Epidemiology and Microbiology where Sputnik V was initially developed.

In one of his recent press briefings Mr. Kirill Dmitriev explained that technologies similar to the one used to create Sputnik V have been employed by the US Army for producing various vaccines for soldiers since the 1970s. This makes all the skepticism regarding Russia’s ability to apply it as a basis for creating a vaccine against Covid-19 sound somewhat hypocritical. They seem to forget that Russia is accountable for a whole constellation of technological breakthroughs of the 20th and 21st centuries including the exploration of outer space, lasers technology, nuclear power for peaceful purpose, hypersonic missiles and many others.

Unlike Western criticizers, we have never tried to sling mud at others and to discredit the work of foreign researchers. On the contrary, we believe, that given the current crisis, the more vaccines will be developed the better. We wish best of luck to other countries developing their own Covid-19 vaccines.

The only reasonable complaint that we have heard so far is that Russia has not provided the relevant data on the first and second phases of trials. By now, it has also become irrelevant. Comprehensive data on trial results in Russia (phase one and phase two) have already been submitted to the competent Philippine agencies. We have nothing to hide. Our offer is based on real products rather than dreams.

In conclusion, I want to stress that any disaster is not only a challenge but also an opportunity to establish new ways of collaboration and to bring our two nations closer to each other. It will allow us to build new bridges of friendship that will serve countless generations for decades to come. It will become our lasting legacy. This is a unique chance that we have no right to miss.