'Fil-am kid' Escalera back in winning chess amid pandemic 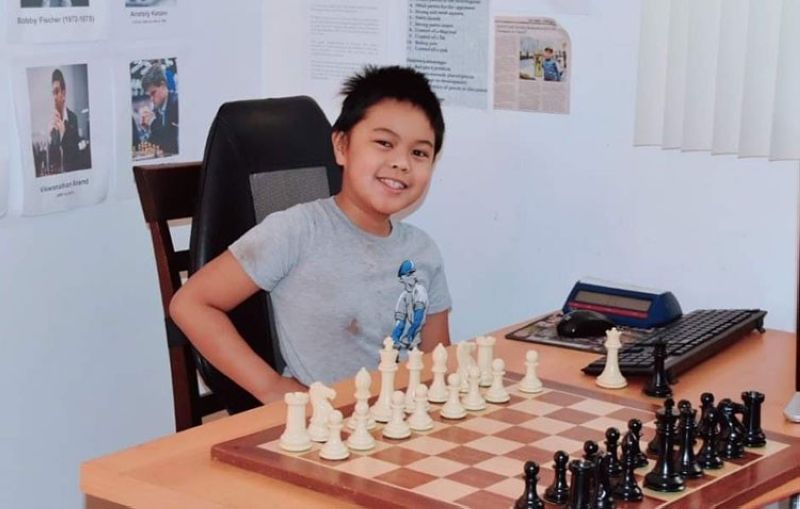 NOT even the pandemic crisis could stop Scott Matthew Escalera in his journey to play and conquer in US chess tournaments.

This, as the Filipino-American whiz kid from Oak Park, Illinois added another collection to his trophy room after ruling the 1st US Chess/ChessKid Online Elementary Championship K-1B section on August 8 over ChessKids online.

The tournament organizers confirmed the results on August 26 after carefully screening the games of all the division winners.

The seven-year-old Escalera, whose father Ren was a blue-bloodied native of Cagayan de Oro City and now a US citizen, finished the division with perfect 7 points along with Wenqiao Chen of Texas.

Escalera, who was a state champion and a consistent top-10 finisher in national age-group championships, claimed the top spot after accumulating higher tie-break points against his closest pursuer from Texas.

The K-1 division was attended by almost 600 participants and were divided into two brackets, where registrants in odd numbers were grouped to section A and even numbers to the section B.

“Scott was expecting to play in one division until the organizers decided to break them in two groups that led him to section B,” Ren said.

First placers in both sections were supposedly named co-champions in K-1, but Escalera’s name was among the first to be announced along with other division winners in the news released by the organizers.

Escalera will receive a distinctive plaque from the organizers, a replica from US Team jersey, and he will be given an opportunity to have lessons with top level GMs.

This was Scott’s notable game in Round 6 against Sharath Radhakrishnan of Ohio.