NATONIANS from different parts of the country and abroad are coming home for the town’s annual Sas-alliwa Festival this April 22 to 25.

Mayor Ana Marie Banaag said this year’s installment of Sas-alliwa Festival will start with an annual pat-tong, an ethnic dance ritual in the midnight of April 21 from the different barangays of the town to mark the start of the festival.

Starting with a parade in the municipality’s streets and an opening agro-industrial trade fair on April 22, the town will also have an inauguration of the Abaca Center, the fiber being their one-town-one product.


Banaag added their agro-fair will showcase abaca fiber twinning, booths made of indigenous decorations and decorated with aquatic products, livestock and high value commercial crops as well as displays of woven fabrics.

Other products from small and medium entrepreneurs such as wines, peanut products and native delicacies such as suman will also be sold in the fair.

On the 23rd, Bannag said there will be a cultural street dancing performance with more than 60 participants clad in indigenous and ethinic-inspired costumes from each barangay of the town dancing to the beat of ethnic rhythms and music.

“We will showcase what is the best of Natonin has to offer,” Banaag added.

Moreover, the festival also boasts of abaca props modeling, theatrical performaces and the annual search for this year’s Laghkhunawa and Fema, their town’s most beautiful and handsome pair fielded by each barangay on April 24.

But what is probably one of the highlights of the festival is the holding of a Tattoing Congress on the last day of the festivities on April 25 where the ancient art of tattoing will be showcased by the town elders who have been practicing the old age art often regarded as taboo for lowlanders.

“Tattoos are getting trendy nowadays and we have decided that modern designs are slowly replacing ethnic designs passed on from one generation to another,” she said.

Aside from tattoo artists in Natonin, other tattoo practitioners from nearby towns of Balbalan in Kalinga will also be coming up to join this year’s jovial display of the intricate body art.
style="display:block; text-align:center;"
data-ad-layout="in-article"
data-ad-format="fluid"
data-ad-client="ca-pub-2836569479021745"
data-ad-slot="1977900730"> 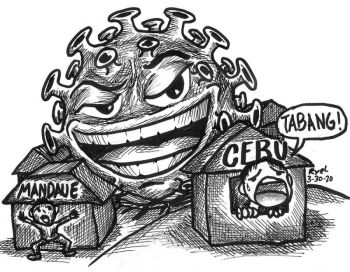