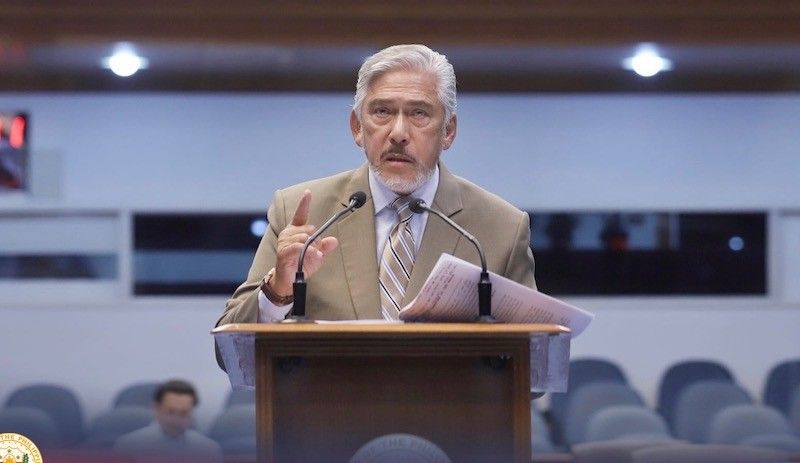 MANILA. Senate President Vicente Sotto III presents before the plenary on September 1, 2020 the report of the committee of the whole on the alleged corruption in the Philippine Health Insurance Corporation. (Senate Photo)

(UPDATED) The Senate committee of the whole on Tuesday, September 1, 2020, recommended the filing of criminal and administrative charges against Health Secretary Francisco Duque III and executive officers and employees of the state-owned Philippine Health Insurance Corporation (PhilHealth) over alleged “corruption and mismanagement”.

The report recommended to the Department of Justice and the Office of the Ombudsman the filing of the following charges:

“Filing charges against responsible individuals, healthcare institutions and corporations will prove PhilHealth’s and the government’s commitment to ensure that government funds are not mismanaged and that corruption is not tolerated,” Sotto read the report.

These and any subsequent conviction are seen to deter other corrupt activities, he added.

Among the other recommendations were:

The committee of the whole was constituted in July 2020 to look into the alleged rampant corruption, inefficiency and incompetence in PhilHealth.

The committee held three public hearings, with some senators attending the meeting via videoconferencing because of the coronavirus disease 2019 (Covid-19) pandemic, on August 4, 11 and 18.

Reading the committee report, Sotto said they found the following “grave issues”: the legal basis for IRM and its “shady” implementation; corruption in the ICT project; the alleged manipulation of PhilHealth’s financial statements; irregularities in the legal sector; and the B. Braun Avitum Philippines Inc. dialysis center.

To contribute to the government’s Covid-19 response, PhilHealth allowed healthcare institutions to apply for IRM funds equivalent to 90 days of benefit claims in 2019.

Among the irregularities in the legal sector is their “supreme power” to modify, if not disregard, the decision of a higher court.

The report cited the case of Perpetual Succor Hospital in Cebu. The Court of Appeals had affirmed a board resolution suspending the hospital for three months and ordering it to pay a fine of P10,000.

PhilHealth, however, did not execute the court decision and instead refunded claims during the supposed three-month suspension.

This not only tolerated the fraudulent act of Perpetual Succor but also eventually led to losses for PhilHealth, Sotto said. (Marites Villamor-Ilano/SunStar Philippines)
< Previous PageNext Page >