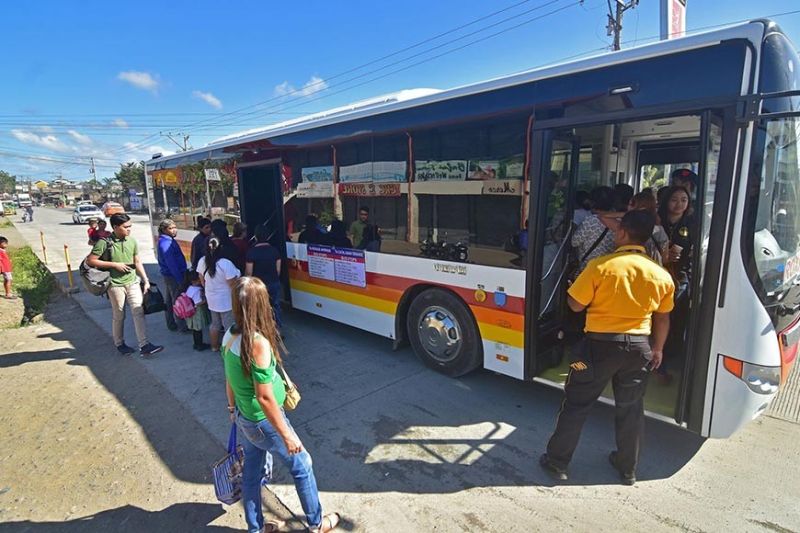 DAVAO City Mayor Sara Duterte-Carpio confirmed the pronouncement of the Department of Transportation (DOTr) that the partial operations of the High Priority Bus System (HPBS) will commence on November 2021.

Duterte-Carpio said on Tuesday, September 1, that DOTr Secretary Arthur Tugade rescheduled the target date of implementation from its original date of February 2022 to the last quarter of 2021.

According to the mayor, who was also present during the DOTr meeting, Tugade ordered the rescheduling of its implementation "to accelerate the pacing" of the HPBS implementation.

The full implementation is expected to fully start in the first half of 2022.

However, the Davao Integrated Bus System (Dibs), the city's interim bus system, which is the first phase of the HPBS implementation, is still being pushed to start anytime this year.

Duterte-Carpio said the Land Transportation Franchising and Regulatory Board (LTFRB) already started the bidding of the routes.

"There will be an interim HPBS coming soon, while the [first phase of the] HPBS to November 2021," the mayor said.

Dibs has six routes. The initial routes are; Catalunan Grande going to downtown Davao City, and the Carlos P. Garcia Highway going to the Philippine Ports Authority office in Sasa.

Meanwhile, Duterte-Carpio said the city is currently working on providing financial and other assistance to the affected drivers through the HPBS Social Compensation Packages.

Under the Compensation Packages, the driver/operator can choose three out of five packages offered such as educational assistance, skills training, and cash-for-work assistance programs from the Department of Labor and Employment (DOLE), Department of Trade and Industry (DTI), Technical Education and Skills Development Authority (Tesda), Commission on Higher Education (Ched), and the Department of Health (DOH).

According to the mayor, the City Government has not yet allocated financial assistance to the affected drivers.

"Because we are not ready to move our jeepneys to other routes. Since it is an interim route, there will be displaced jeepneys," Duterte-Carpio said.

Displaced jeepney drivers will be transferred to other areas with limited public utility jeepney (PUJ) routes, and will be given compensation.

HPBS is the City Government's answer to the city's looming traffic problem.