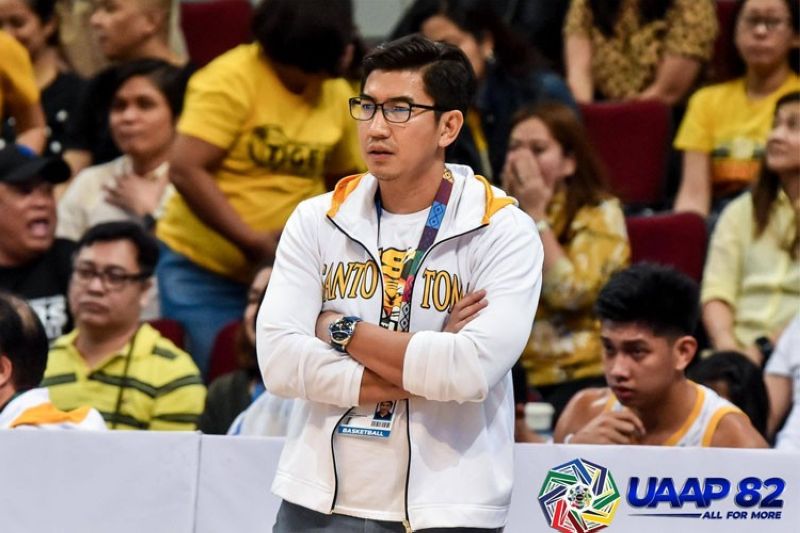 The issue revolving around UST and the alleged “bubble training” their men’s basketball team engaged in remains unresolved even after a lengthy meeting involving different parties on Tuesday. (The UAAP)

The fate of the University of Santo Tomas hangs in the air after the meeting involving a number of different parties that discussed the alleged quarantine violations committed by the school’s men’s basketball team yielded no tangible results.

A panel that was created by the Inter-Agency Task Force (IATF) for Emerging Infectious Diseases finally got their hands on the report on the training session that was allegedly conducted by the Growling Tigers in Sorsogon. Another report regarding the alleged training sessions done by National University’s women’s volleyball team was also submitted.

However, no decision regarding any penalties or sanctions was handed down with government officials now having to look over the matter on their own while the University Athletic Association of the Philippines (UAAP) Board of Directors meet on their own on Thursday.

The UAAP released a statement, saying that the meeting was a crucial step towards the resolution of these matters.

“The meeting was an important step towards the resolution of these issues that concern student-athletes of UAAP member-schools. The UAAP Board of Managing Directors will convene on Thursday to review these reports and tackle other related cases before taking pertinent actions,” read part of the statement.

UST has been under fire after its Growling Tigers’ sojourn to Sorsogon in June where it underwent training that was allegedly led by head coach Aldin Ayo.

Meanwhile, NU is also in hot water after video footage of its women’s volleyball team training at its campuses in Sampaloc and Calamba surfaced. (JNP)