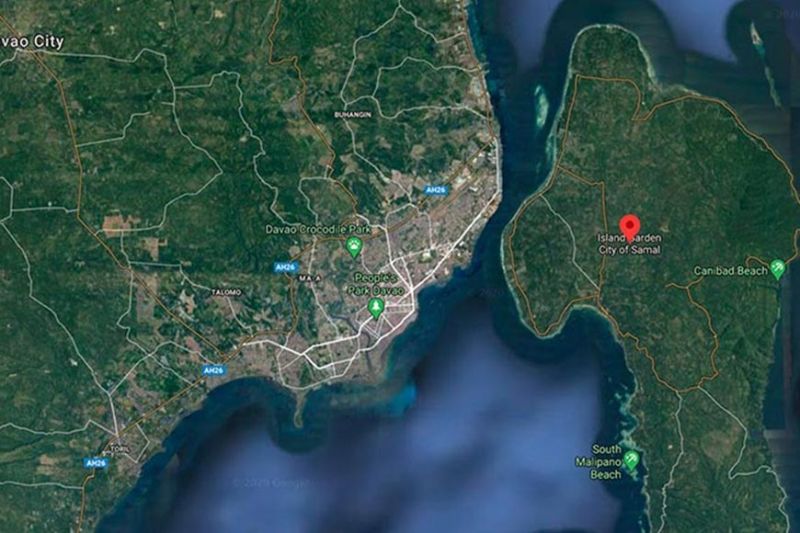 THE groundbreaking of the Samal Island-Davao City Connector (SIDC) Project, or more commonly known as Davao-Samal Bridge, is expected to be in January 2021, Island Garden City of Samal Mayor Al David Uy said.

Uy said in a radio interview on Wednesday morning, September 2, 2020, that this was the projected date given to him by Public Works and Highways Secretary Mark Villar, who earlier confirmed that the Davao-Samal Bridge will still push through with its implementation despite the coronavirus disease (Covid-19) pandemic.

"Hopefully, we are praying, as per Secretary Villar, the groundbreaking will be in January 2021. Naa na sila'y timetable nga gisubmit sa ako maong paspas kaayo sila karon (They already submitted a timetable of the implementation to me, which explains why they are fast-tracking it)," Uy said in a radio interview via 87.5 FM Davao City Disaster Radio.

The mayor said the Department of Public Works and Highways (DPWH) Central Office, the project implementer of the bridge, is fast-tracking with the data gathering on the land where the end point of the bridge will be located.

He said the local government and the project implementer will be inviting the land owners in their inspection.

"Hopefully, makaistorya nato kay nagapas sila sa panahon. Dapat by end of September, mahatag na nila (Hopefully, we would be able to talk with them [land owners], because they are only given until end of September to finish their data gathering)," Uy said.

Uy said the planned Davao-Samal bridge will traverse Davao Gulf from the areas where Davao Beach Club is located along R. Castillo and Daang Maharlika Junction in Davao City going to barangays Caliclic and Limao, Babak District in Samal.

Based on the information he received from DPWH, they are targeting to finish the data gathering in the second half of September to give way to the bidding of the project in October and November this year.

Prior to the land survey, Uy said DPWH already conducted an oceanographic survey to check the soil sample below the sea.

Uy emphasized both land and sea surveys were conducted after sinkholes were reportedly found on the island.

In a 2017 report of SunStar Davao, Mines and Geosciences Bureau (MGB)-Davao Region, through its karst analysis, found 135 sinkholes in Samal.

Former MGB-Davao Geosciences Division officer-in-charge Abigail Agoc said that sinkholes can be "dangerous" but will definitely not cause the collapse of the island.

"Mao nay tan-awon nila kay simbako magbutang ka'g poste sa tulay [tapos] matimingan nga sinkhole ang ilalom, astang grasyaha (That's what they should be looking into because we might be building a post for the bridge above a sinkhole, which could cause a big accident)," Uy said.

Meanwhile, the Samal mayor said he is thankful that the infrastructure project was still prioritized amid the Covid-19 pandemic.

Initially, the bridge was expected to break ground early July this year, but did not push through.

Neda said the project involves the construction of a toll-free four-lane [two-lane each direction] bridge with an approximate length of 2.80 kms, a width of 24.2 meters, and a vertical clearance of 45 meters that can serve around 25,000 vehicles a day.

They also said the project will include the construction of interchanges with the existing road network, local existing junction improvements, viaducts over sections of land and approach bridges over marine areas.

Earlier this month, Secretary Vince Dizon, presidential adviser on Flagship Programs and Projects, said in a Malacañang press briefing in Davao City that the multi-billion SIDC and Phase 1 of the Mindanao Railway Project would still push through despite the pandemic.