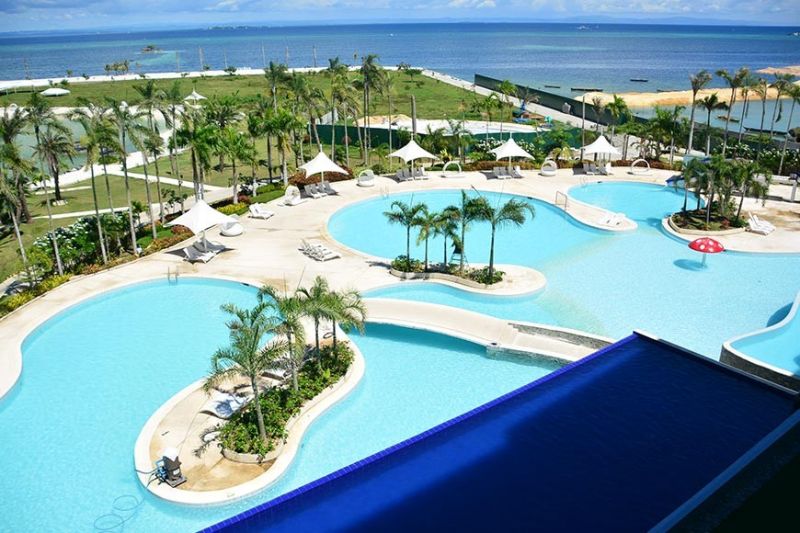 LEISURE TOURISM. The almost five months of strict lockdown has stalled resort operations in the town of Cordova. But with the downgrade to modified general community quarantine and the reopening of tourism, Solea Mactan Cebu is anticipating more local tourists to stay in its property while complying with safety and health protocol imposed by the government. (SunStar file)

BATTERED by the lingering effects of Covid-19, Solea Mactan Cebu is reopening its facilities and putting its rooms on sale to attract local tourists.

The eight-hectare property is one of the resort properties that heeded the call of the Cordova local government to reopen its doors to kickstart tourism activities.

“We are soft-reopening for now. Hopefully by October we will see better market conditions. We will be fully opened,” said general manager Christopher Benjamin Gothong.

At P2,888 per room per night from Monday to Thursday at Solea Mactan Cebu, guests can enjoy both the beach and the amenities of the resort.

“We are opening Solea Mactan Cebu for now, but as soon as things get better we will open the two other buildings,” he said.

According to Gothong, the resort property was supposed to open its waterpark amenity this year, but was put on hold due to the Covid-19 pandemic. The group was also scheduled to open its Bohol property in Panglao Island.

The halt of international travel and the closing of borders to prevent the spread of Covid-19 have wreaked havoc on tourism. Some hoteliers in Cebu have been forced to temporarily close business while others operate on a limited scale.

Prior to Covid-19, Gothong said 80 percent of Solea’s customers were foreign guests mostly from Korea and Japan and room rates at P6,000 per night.

But things changed all of a sudden, and Gothong said they revisited Solea’s plan for the entire year.

But amid the depressing times, Gothong said they remain hopeful that better times are coming with the various efforts being done by the government to contain the spread of Covid-19.

He mentioned the Dance with the Marine Life and Sing with the Mangroves tour packages launched by Cordova as among the activities that may entice local tourists.

Gothong said the temporary setback in tourism has also allowed them to reassess the resort’s operations and at the same time redirect their initiatives towards ensuring that the resort is a safe destination for guests and workers to stay and work in, and enjoy.

Solea’s reopening also marked the revival of jobs in the town of Cordova and a stronger collaboration with the local government units, particularly in tourism marketing initiatives.

“Another good thing that came out from this pandemic is the opportunity for local travelers, especially the young ones, to explore the Philippines first before going out of the country,” he said. (KOC)