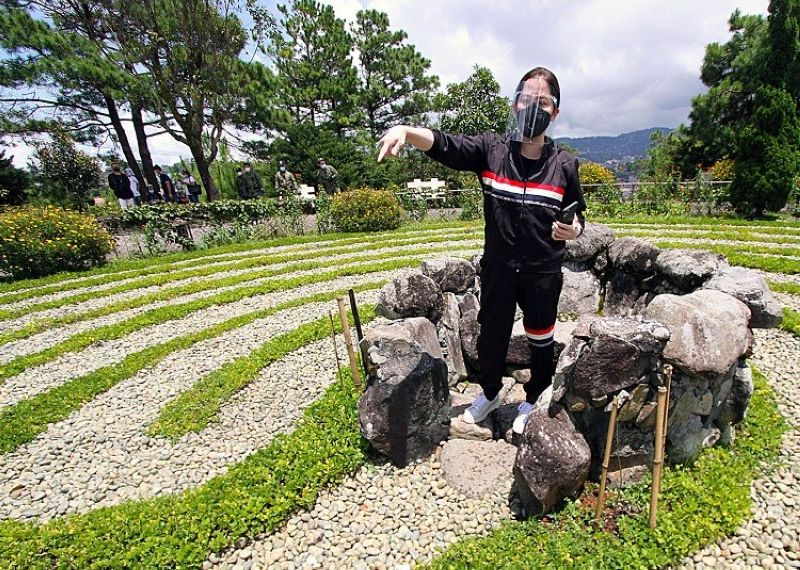 LEARNING FROM BAGUIO. Department of Tourism Secretary Bernadette Romulo-Puyat learns from the “new normal tourism” in Baguio while touring the Mirador Jesuit Villa and Retreat House on Wednesday, September 2. Puyat is backing the tourism program between Baguio and Ilocos Region in an effort to achieve a slow and safe return of activities. (Photo by Jean Nicole Cortes)

“We are not yet open for tourism. The opening of Baguio will definitely affect BLISTT (Baguio-La Trinidad-Itogon-Sablan-Tuba-Tublay). This must be discussed with the BLISTT group,” he said.

Following the Provincial Inter-Agency Task Force Meeting at the Benguet Capitol, the chief executive said they also want tourism activities in the Summer Capital to open in order for the livelihood of the people to continue and for the economy of the city to move and recover.

Diclas said the province is still crafting plans for the tourism sector, reiterating once tourists directly go to the province, they must still undergo pre-registration.

On September 1, during the 111th Baguio Charter Anniversary, Mayor Benjamin Magalong and Department of Tourism Secretary Bernadette Romulo-Puyat and officials from the Ilocos Region inked a memorandum of agreement and support to open tourism on September 21, creating tourism bubbles in a bid to gradually opening economies in Baguio, La Union, Pangasinan, Ilocos Sur and Ilocos Norte.

Representatives from the different provinces of Ilocos Region agreed to partner with the City to craft “tourism bubbles” and package tours in accordance with health protocols.