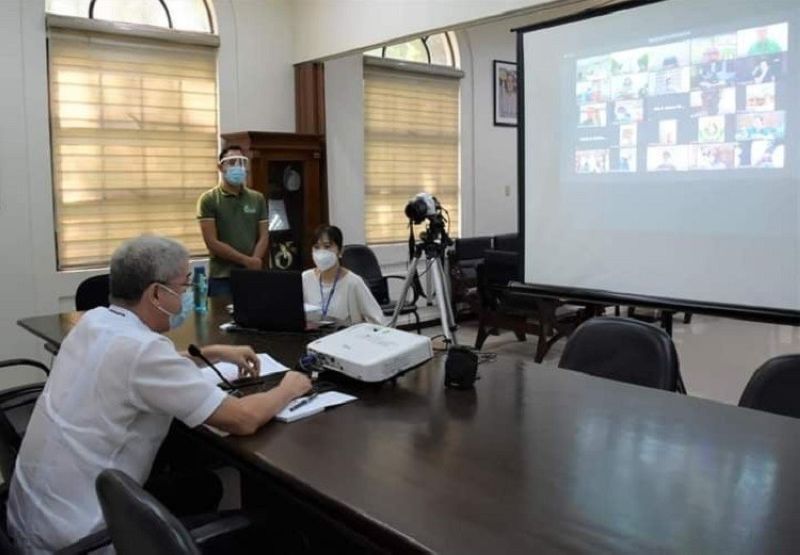 MANDATORY QUARANTINE FOR ROFS. Governor Bong Lacson meets with the mayors of Negros Occidental to discuss additional local health protocols and the Operational Guidelines on the management of ROFs Thursday, September 3, 2020. (Photo courtesy of Capitol PIO)

The decision was made after an online meeting by the mayors together with Governor Eugenio Jose Lacson, Thursday, September 3, 2020.

Lacson said the issue has already been settled with the mayors that a second swab is not needed for as long as said individual will undergo a 14-day quarantine.

"Our decision is based on Resolution 67, dated August 31 2020 of the National Inter-Agency Task Force," the governor pointed out.

Lacson said the mayors in the province are opposing "the operational guidelines on the management of returning overseas Filipinos (ROF), specifically on the arrival on final destination."

The national task force this week announced that returning OFWs can go straight home as long as they tested negative for the novel coronavirus from their point of origin and in good health upon arriving in their hometowns.

The Department of Health-Western Visayas advised returning OFWs in Aklan, Antique, Capiz, Guimaras, Iloilo and Negros Occidental provinces, as well as the Cities of Iloilo and Bacolod to still undergo isolation.