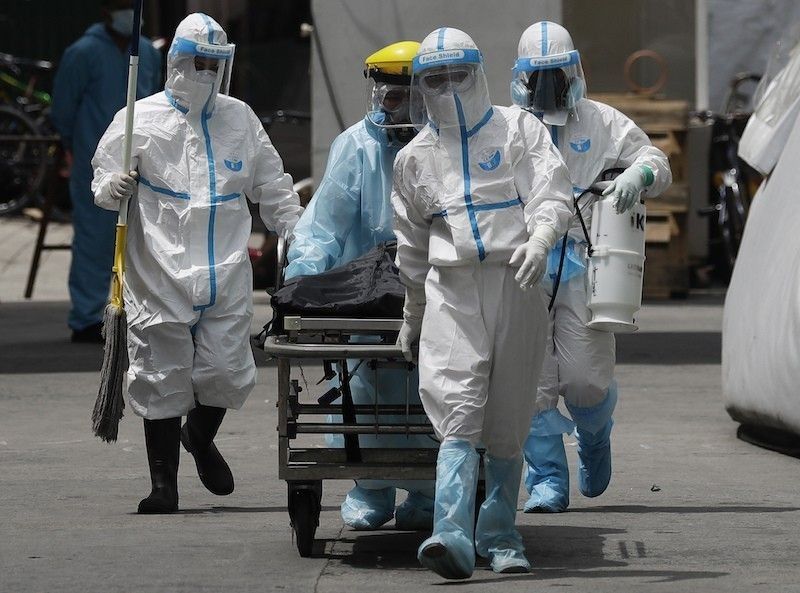 THE average daily tally of coronavirus infections has decreased as indicated by Department of Health (DOH) case bulletins, but the number of coronavirus disease 2019 (Covid-19) patients who are in critical condition have increased.

Patients in severe condition also increased to 1.4 percent while the asymptomatic cases went up to 8.0 percent.

In its 4 p.m. case bulletin Sunday, DOH reported 2,839 new infections, bringing the weekly average to 2,363 per day for the period August 31 to September 6.

Virus cases averaged more than 4,000 a day in August, when the country’s total case count surged by 127,465. The total number of cases in August alone was higher than the cumulative cases recorded from January to July 31.

The 2,839 new cases reported by 96 testing laboratories on Sunday brought the total count to 237,365, of which 48,803 were active. Forty-four duplicates were removed from the total.

The National Capital Region (NCR) continued to report the highest number of new cases at 1,170.

Among the provinces, the highest number of cases were from Negros Occidental with 195, Laguna with 190, Cavite with 182 and Rizal with 154.

The DOH also reported total recoveries of 184,687, or nearly 78 percent of the total cases, with the additional 23,074 recoveries on Sunday under the time-based tagging methodology.

Under this methodology, coronavirus-positive individuals with mild or no symptoms are declared as recoveries if no symptoms manifest after two weeks.

Of the 85 new deaths, 29 occurred in September, 33 in August, six in July, three in June, six in May, seven in April and one in March.