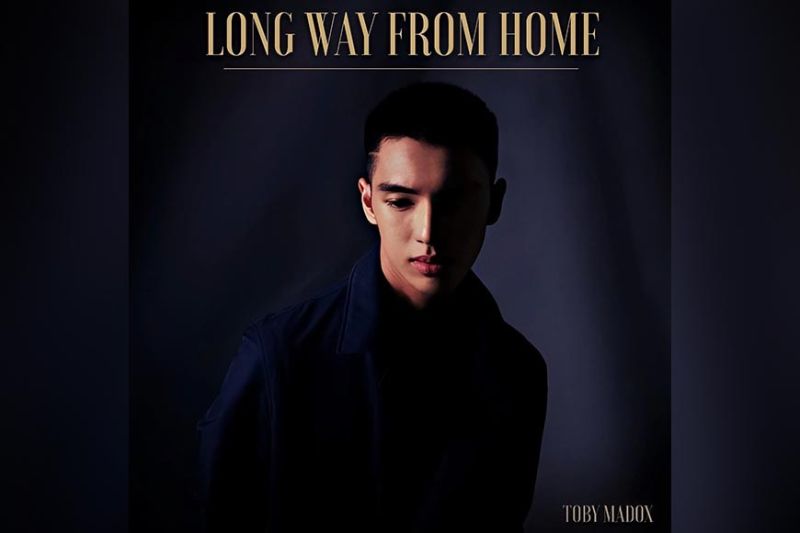 MIGUEL Antonio Vedanaigam was a precocious child who loved to sing. The son of our old Juna Subdivision neighbor Katherine Piñon Vedanaigam, Singapore-based Miguel began performing in his school where he was discovered for his talent.

Fast forward many years the soon to be a 20-year-old young adult has continued his passion in music, from the Michael Jackson-loving kid, Miguel has grown and matured into an artist and this can be seen in his newly released single “Long Way from Home.”

And with his growth comes a rebrand. He now sports the stage name Toby Madox.

“Toby is from Tobias, the name of my father (Toby’s lolo), it took us months to decide on the name,” mom Katherine volunteers the information.

“Long Way From Home” is co-written by Vince Nantes, who is known for one of the two Filipinos who co-wrote “Black Swan” by the phenomenal KPop group BTS.

Toby describes “Long Way From Home" as an intense and evocative song.

“It follows the story of a girl, which seems to be a friend, that's trying to escape her disturbed reality,” Toby describes the narrative of his new single.

With a heavy dose of electro-pop, this marks Toby's new leap into reinventing himself with captivating storytelling and a new energetic sound. In this single Toby is also the composer, arranger and producer, creating and recording the music in the family’s home studio in the leafy suburb of Whitchurch in Singapore

“If I’m gonna look at the specific sounds I gravitate to in my music, I tend to have energetic percussion, high energy, aggressive bass. I use a ton of synths and samples to build up my music,” Toby tells me of his music.

His collaboration with L.A.- based Vince Nantes brings Toby into a whole new game.

“Vince was really able to catch my vibe and build on my ideas. He’s been a great friend and we’ve been working closely - through zoom sessions, writing and tracking. He’s a really talented writer!” Toby says of the creative partnership.

Toby is currently serving national service in Singapore, juggling patriotic duties and working on new songs that he is planning to release.

“There’s another single planned for release this November/December. Afterward, in the first quarter of 2021, there will be one more single released leading up to the album,” Toby said of their plans.

The single “Long Way From Home” is currently on Spotify and other streaming platforms.