In stride with the times 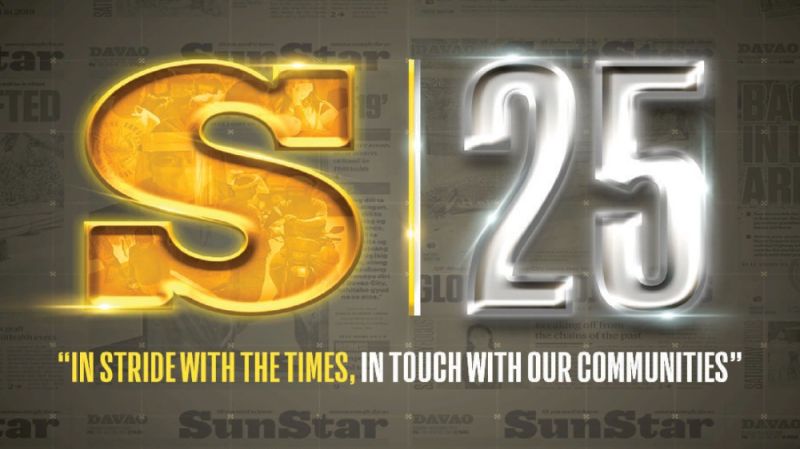 SILVER ANNIVERSARY. Sunstar Davao celebrates its silver anniversary carrying the theme: “In stride with the time, In touch with our communities,” to emphasize how it adapts to changes while at the same time committed to being of service to the community by providing information that matters. (SunStar photo) 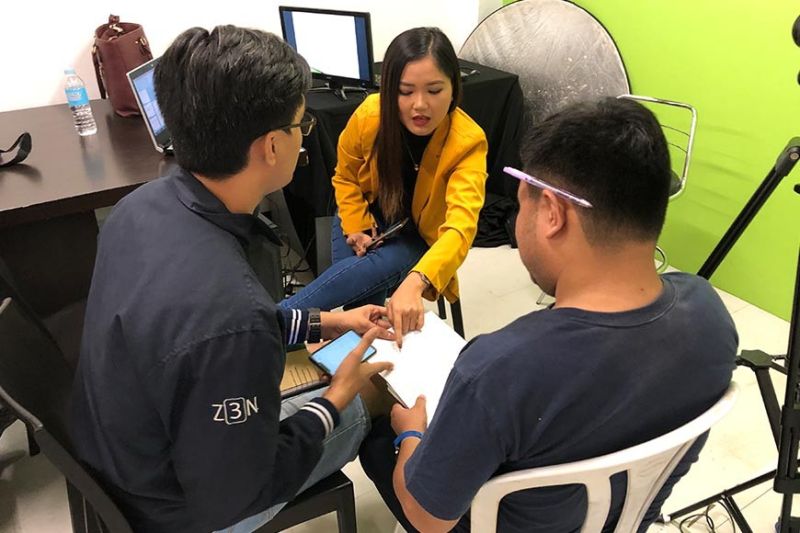 UP-SKILL. Sunstar Davao's editorial team is constantly learning through seminars and training held by their counterparts in broadcast media to better serve the community by giving them daily news on different platforms. (Photo by RJ Lumawag) 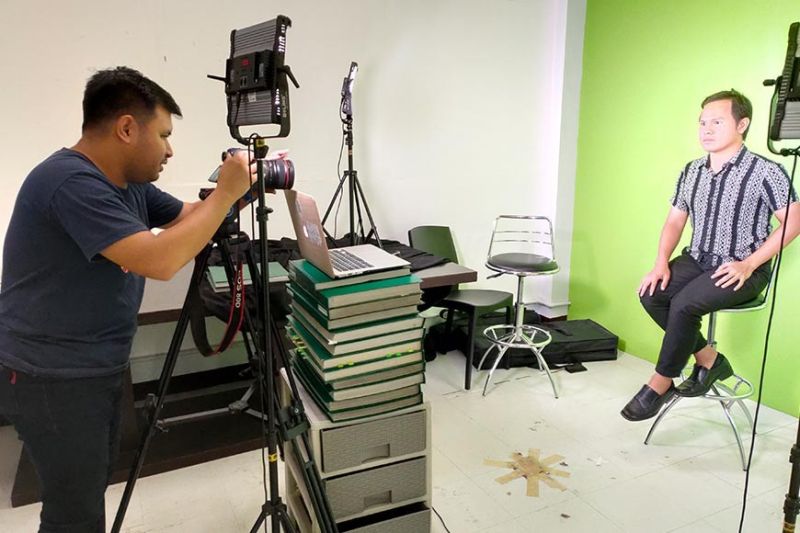 DIGITAL PRODUCTIONS. During the pre-production of one of Sunstar Davao’s programs on social media. The company has launched several online shows to deliver more stories of the community to its followers and readers. (Photo by RJ Lumawag) 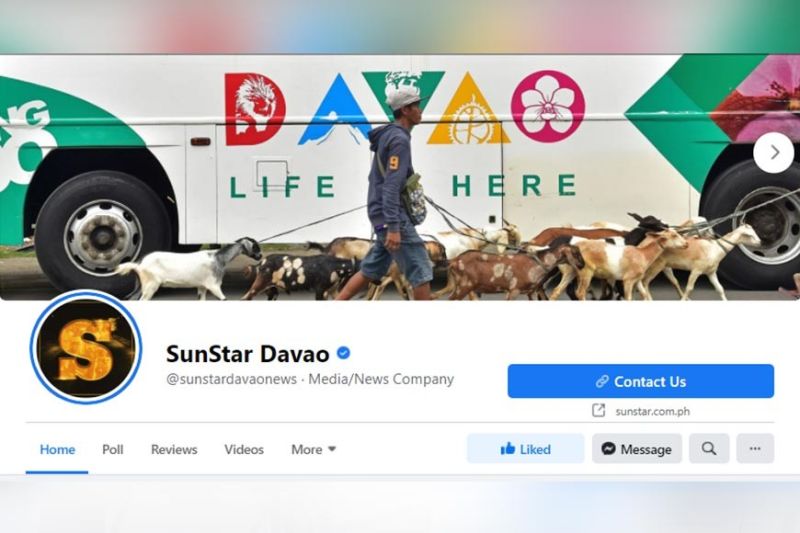 FACEBOOK. The cover photo of Sunstar Davao’s Facebook page emphasizes Sunstar Davao as part of consciousness of every Dabawenyo as it continues to serve the community it is in. (SunStar photo) 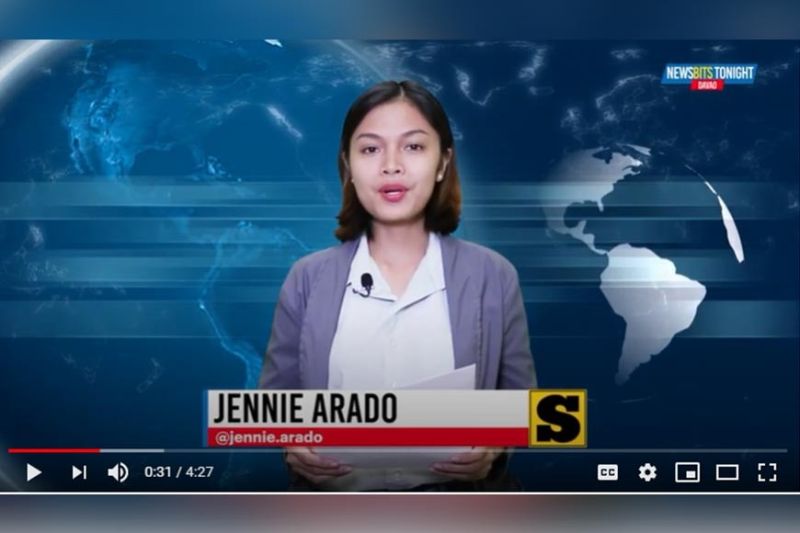 IT HAS been 25 years since Sunstar Davao came into existence and it has survived many challenges to have come this far in serving the community by giving them relevant information that matters.

And one of the greatest challenges it hurdled and keeps on hurdling is coping with the changes that time brings.

The digital revolution was the game-changer in the print media industry, and here in the southern part of the Philippines, it was Sunstar Davao who made the first move of utilizing digital technology through desktop publishing.

SunStar Davao also brought something new as it pioneered the full-color printing.

To give in to the demands of the reading public to deliver the freshest news on the streets, Sunstar Davao purchased Offset Web Printer, which is capable of printing as much as 36,000 copies an hour. This is the reason Sunstar Davao newspapers are already available on the streets as early as 10 p.m.

Sunstar Davao is also the first local daily to fully embrace the digital revolution as it changed its cameras used for news coverage to digital ones.

And as the digital age's shadows slowly crept into and eclipsed the print media, SunStar Davao immediately adapted to the new norm by establishing its website, making it the first newspaper in the country that has an online counterpart.

In addition to its website, Sunstar Davao also launched its e-paper version to satisfy the demands of the reading overseas Dabawenyos who want to experience reading their community paper albeit paperless. SunStar Davao's e-paper is available on Google and Apple apps stores.

Sunstar Davao's digital innovations only affirm its commitment of service to the community by providing daily news whether on the newsstands in the streets or establishments or in the comfort of their mobile phones, computers or other digital platforms.

With the advent of coffee table book trends, SunStar Davao rode with the time, as it is the first and only newspaper in Mindanao to publish a yearbook – the Davao Yearbook.

It also sees the need of the millennial readers thus the launching of its Weekend issue, where the paper did not only tackle hard news but features that connected to this breed of young readers.

It was also this generation why SunStar Davao established its Social Media pages, on Twitter, Facebook, Instagram, and even Youtube, through the initiative of its former editor in chief, Stella A. Estremera, and with Sunstar presidents' encouragement to go full digital--from Orlando P. Carvajal to Gina Marie Atienza.

"By 2010, it was obvious that social media is a powerful tool for communication as people have already gone from Friendster to Multiply and then Facebook and the interest on the medium and connections being made seem not to be waning. The convergence into one platform is more staggering than the interest websites ever generated. It was making a clear statement," Estremera said.

Add to that is the pounding of Jesus B. Garcia, Sunstar's founder, for all its networks to go hyper-local.

"And there is no tool more precise at the moment that gives us insights on how hyper-local we are than data analytics," Estremera said.

The two Wan-Ifra conferences Estremera was made to attend by Sunstar President Gina Marie Atienza in Bali and Singapore also formed her realization that social media is a very important component of being a community content provider.

"The greater enticement is that we can see the data analytics by ourselves instead of requesting these from SunStar News Exchange to see our audience's actions and reactions to our posts. A social media platform gives us full control of our content. I love wading through numbers and what it tells you and I love having control over what the numbers are telling me. Facebook's insights were telling me a lot about what content our readers want and what they don't. It was speaking my language," she added.

She said studying the trends in the business of journalism, she sees that print is becoming a medium of nostalgia and not the main information medium.

And before she left as Sunstar Davao's editor-in-chief, she also left powerful words for those who remain and also to those who want to be part of the journalism world: "1. The times are changing, and like the changing of the tides, the current will be strong, the weak will not make it. Visibility will be low, we just have to figure out where we are going; 2. Never stop testing, never stop experimenting, and never stop learning; and 3. FAIL FAST - The greatest risk to a company/organization's future success is the reluctance to innovate."

And these words have proven true especially this time of Covid-19 pandemic where challenges for the print media have worsened and those who did not keep up with the times were forced to cease to exist.

"SunStar Davao, like any media company now, has been struggling due to the challenges brought by the pandemic--advertising revenue dropped all-time low; newsgathering was forced to be online-focused, and misinformation and disinformation proliferated more than ever. The digital arm of Sunstar Davao has contributed big in addressing these three challenges, thus, enabling the company to stand tall amidst the unfortunate circumstances," Perez said.

And since the pandemic erupted more people seek relevant news and inspiring stories.

"And SunStar Davao recognized this by fulfilling its commitment: To get the latest actionable information and inspirations that can empower members of the communities. At SunStar Davao, we make sure that the information you get is relevant and verified to ensure that what you share is verifiable and correct," he said.

Sunstar Davao's online presence during this crisis has reinforced its brand as the news source that is reliable and trusted.

"And I think, when all of these are over, people will remember our contribution in fighting the pandemic. They will remember that we served them when they needed us--the storytellers--the most," he added.

For Reuel John F. Lumawag, Sunstar Davao's current editor-in-chief, adapting to the changes is the main reason why SunStar Davao was and is still at the forefront of the print media industry in the local scene.

"That is why we have been aggressive in improving our digital footprint and at the same time ensuring that we remain in circulation. Our digital efforts have already begun under the leadership of our president Gina G. Atienza, former editor-in-chief Stella A. Estremera, and former general manager Tessie Alcoriza-Estavillo. During that time, they have been laying the groundwork and foundation for the transition of SunStar Davao from being a newspaper company to a multimedia company," he said.

The importance of evolving and adapting to the changes, according to Lumawag, is the only way for a newspaper company to survive as a business, especially during this time of pandemic and the changing industry.