Mayor on Davao-Samal bridge: ‘To see is to believe’ 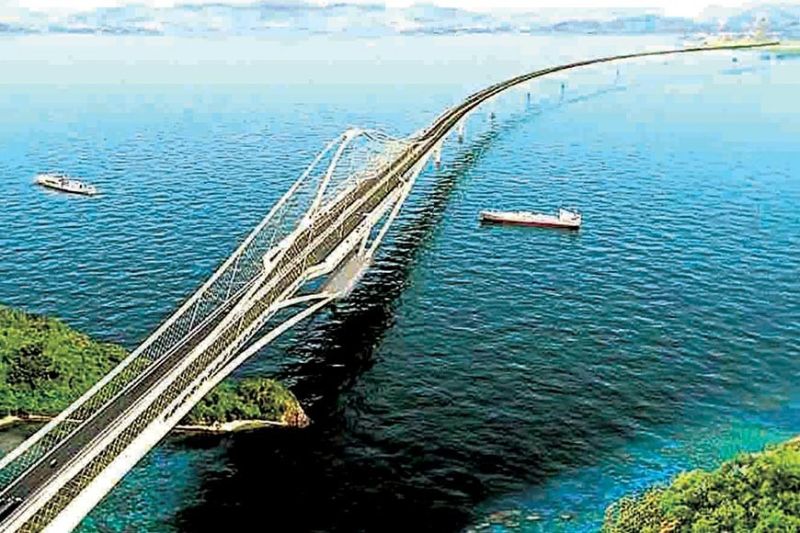 This was Davao City Mayor Sara Duterte-Carpio’s short comment when asked by the media on the groundbreaking of the Samal Island-Davao City Connector (SIDC) Project, also known as Davao-Samal Bridge, in January 2021.

Island Garden City of Samal Mayor Al David Uy made the announcement of the groundbreaking date in a radio interview on September 2, 2020. Uy said this was the projected date given to him by Public Works and Highways Secretary Mark Villar.

Duterte-Carpio, in a radio interview on Friday, September 4, was asked by the media on her reaction to the bridge's latest development.

The mayor said unless the actual bridge is constructed, it will be hard to believe that such progress has been made.

The mayor preferred not to comment further on the recent development of the long-awaited bridge.

Neda said the project involves the construction of a toll-free four-lane [two-lane each direction] bridge with an approximate length of 2.80 kilometers, a width of 24.2 meters, and a vertical clearance of 45 meters that can serve around 25,000 vehicles a day.

It also said the project will include the construction of interchanges with the existing road network, local existing junction improvements, viaducts over sections of land and approach bridges over marine areas.

Uy said the planned Davao-Samal Bridge will traverse Davao Gulf from the areas where Davao Beach Club is located along R. Castillo and Daang Maharlika Junction in Davao City going to barangays Caliclic and Limao, Babak District in Samal.

Based on the information he received from the Department of Public Works and Highways (DPWH), it is targeting to finish the data gathering in the second half of September to give way to the bidding of the project in October and November this year.

Previously, Duterte-Carpio said a family, whose property will be covered in the Davao-Samal bridge’s road right of way, filed a written opposition to DPWH, the project implementer. The mayor did not mention the identity nor the background of the family.

She said based on the information she had received, the family is planning to file a “Writ of Kalikasan” before the Court.

A Writ of Kalikasan is a legal remedy under Philippine law that provides protection of one’s constitutional right to a healthy environment, as outlined in Section 16, Article II of the Philippine Constitution, which states that the “state shall protect and advance the right of the people to a balanced and healthful ecology in accord with the rhythm and harmony of nature.”

However, Uy said the local government and the project implementer will be inviting the landowners in their inspection.

"Hopefully, makaistorya nato kay nagapas sila sa panahon. Dapat by end of September, mahatag na nila (Hopefully, we would be able to talk with them [land owners], because they are only given until the end of September to finish their data gathering)," Uy said.