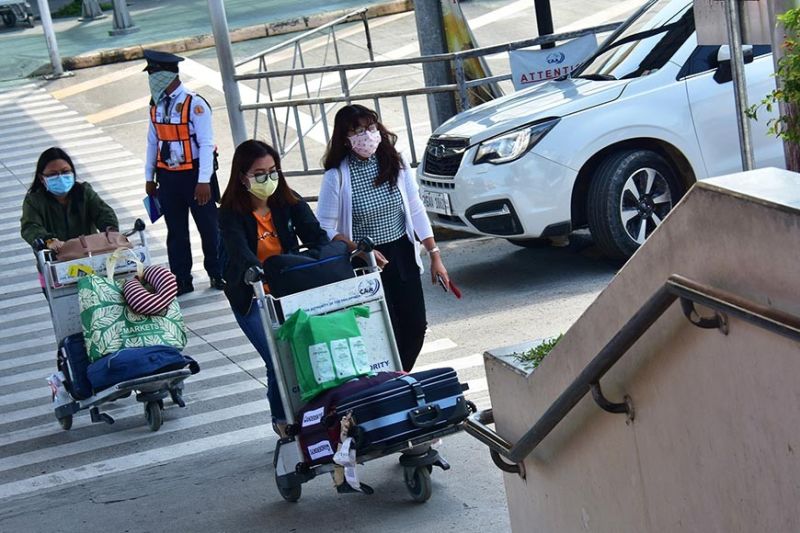 DAVAO City Mayor Sara Duterte-Carpio emphasized that all travelers going to the city will be accepted and will not be required to secure any document, provided they will comply with the city's protocol.

Duterte-Carpio said in an issued notice to the public on Saturday afternoon, September 5, that those coming in the city, including for locally stranded individuals (LSIs), returning overseas Filipinos (ROFs), overseas Filipino workers (OFWs), and all other travelers to the city, except tourists.

The mayor said the local government "will dispense with and waive" the issuance of Letter of Acceptance or Notice of Coordination for LSIs, ROFs, OFWs and all other travelers to the city.

The mayor said this is in accordance with the Department of the Interior and Local Government (DILG) Advisory dated May 22, 2020, signed by Undersecretary for Operations Epimaco V. Densing III.

According to the DILG advisory, a Certificate of Acceptance by receiving local government units (LGUs) is not a requirement for the management of LSIs.

All arriving individuals must comply with the city's established protocols upon their arrival in land quarantine control points, airports and seaports.

Land travelers going to other LGUs passing through Davao City will be escorted from one border to another, the mayor said.

Based on the previous directive of the mayor, all arriving individuals, especially air passengers, must secure a maximum 72-hour negative reverse transcription-polymerase chain reaction (RT-PCR) test result from the area of origin before they will be allowed to proceed with their destination.

Those who failed to secure a negative RT-PCR will be tested by the city government for free but will be referred to the city's waiting facility with a maximum time of 48 hours while awaiting their test result.