Aguilar: Policemen are not terrorists 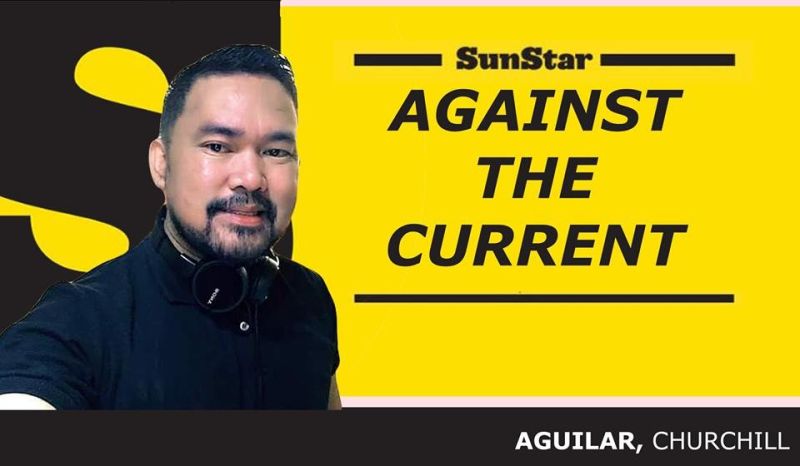 YESTERDAY afternoon, during the "Sunday Lockdown," a patrol car was seen heading towards our street in a purok in Barangay Bata. At the sight of the law enforcer's vehicle a voice was heard shouting "pulis!" and in less than ten seconds, everyone within the 100-meter stretch scrammed and took cover inside any and all open houses nearest to them. It was a funny sight seeing even senior citizens and barbecue vendors hurriedly left their stalls to evade the men in uniform.

Interestingly such a sight happens every night after curfew hours when the police officers patrol our area.

While I have the excuse to be out at any given time being a frontliner myself, I had to adapt to such behavior just so I won't stand out as odd in my adopted urban poor community. You see, one time after curfew hours while the police were arresting those they found outside their houses I simply walked past them heading to my apartment of which all the arresting police officers politely greeted me with a good evening. After that day those who saw it had that look which doubted whether I am a police agent of some sort, after all, I am relatively new there. That is why since then every time they scram, I would also do the same because then I would not have to explain why I am not afraid of the law enforcers. Pretty funny to think of it.

While such a routine has become normal, deep down something was really off. All my life I have always regarded men in uniform as officers you run to for help and not as someone you are afraid of, or worse, run away from. As a governance consultant who used to handle highly urbanized cities, I always put a premium on the significant role of the police force in the success of most if not all activities and programs sanctioned by the local government.

So what is happening now? Running after curfew violators are way below their duties. It practically stripped them off of the dignity that their uniform brings. They now symbolize fear and intimidation. They are forced to put up with such petty things when they can very well contribute to bringing real justice to the community. They should be more busy running after real criminals.

I would not mind policemen being assigned at check-up points and public places. There is so much to monitor around the city. But to be assigned to implement curfew in villages is overkill and is doing more harm than good not just to the police officers but to everyone concerned.

These levels of implementation should be lodged to barangay tanods and other force multipliers that are deputized to do these things. In fact, it would be even more effective since these tanods would have the time and patience to educate their little communities on the wisdom behind the local protocols instead of just indiscriminately arresting a flock of people seen outside their houses and letting them crowd the already crowded precincts and holding cells.

Please take note that curfew and health protocol violators are not criminals. To dispatch patrol cars and police officers in their full battle uniform is like killing a mosquito with a bazooka.

While I was a teacher in two Ateneo schools in this country, we always differentiate a procedure from a rule. Those who violate protocols and procedures such as procedure in exiting the classroom or eating at the canteen are actually not being punished but are simply reminded and rehearsed as to how the right procedure is carried out, unlike those who violate a school rule such as the rule against stealing; they are dealt with with the full force of the school handbook.

I am not saying that we should be lenient with our health protocols, especially now that Covid positive cases continue to rise. The fact that every night a huge number are arrested for violations of city protocols shows that there are indeed a lot of violators. On the other hand, it also shows that our way of handling this is not working at all otherwise by now there should already be high compliance from the public.

I used to get invited to conduct short courses on governance and strategic management for chiefs of police in Mindanao during their schooling period. I also used to do consultancy work with a few chiefs of police in crafting and implementing their Balanced Scorecard. And so I think the solution here lies in leadership.

Chiefs of police can very well tap their Barangay Peacekeeping Action Teams (BPATS) and village tanods to implement curfew and health protocols setting targets on an increase in compliance and not the number of arrests per night. Chiefs of police are not just followers of orders from the higher ranks but are actually strategists in securing peace and order of their assigned areas. There are so many ways to kill the cat.

Let us preserve the image of the police force as bearers of justice and genuine enforcers of the law and not power trippers traumatizing the community. Remember, they are not terrorists.