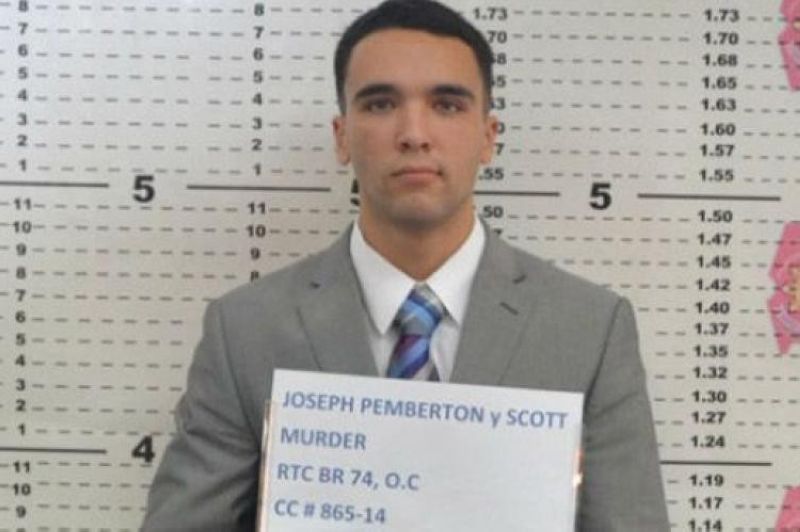 Lance Corporal Joseph Scott Pemberton, then 20, was convicted of homicide in December 2015 for killing Laude in October 2014. He was sentenced to up to 10 years in prison.

“Cutting matters short over what constitutes time served, and since where he was detained was not in the prisoner’s control—and to do justice—the President has granted an absolute pardon to Pemberton. Here at the Palace,” he tweeted.

Cutting matters short over what constitutes time served, and since where he was detained was not in the prisoner’s control—and to do justice—the President has granted an absolute pardon to Pemberton. Here at the Palace.

The Olongapo court ordered Pemberton’s release, saying Pemberton had served more than 10 years in prison including the good conduct time allowance (GCTA) granted to him.

GCTA is granted to a person deprived of liberty for good behavior and shortens a PDL’s prison sentence, allowing his early release.

Presidential Spokesperson Harry Roque, who earlier said the Department of Justice was going to appeal the release order, confirmed in a radio interview in Manila that the President has pardoned Pemberton.

He said this nullifies the issue on whether Pemberton was entitled to GCTA.

Pemberton, however, remains convicted of homicide for killing Laude in 2014, Roque said.

Pemberton was among the US marines who took part in joint military exercises with Filipino troops in October 2014.

He met Laude in a bar. He admitted before the Olongapo court in August 2015 that he choked Laude when he discovered that she was a transgender woman. He said, however, that Laude was merely unconscious when he left her.

Laude was later found dead, with her head in a toilet bowl in a hotel. (Marites Villamor-Ilano/SunStar Philippines)
< Previous PageNext Page >