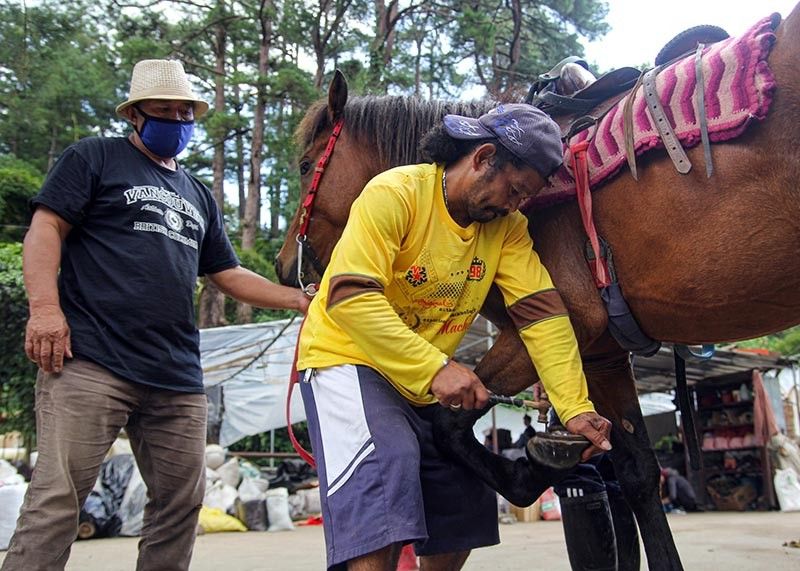 SADDLING UP. A ponyboy at Wright Park attaches a new horseshoe as Baguio City’s parks reopen for locals. The Summer Capital is now drawing flak from neighboring towns when reportedly no coordination was made on the city’s plan to open for tourists from Ilocos Region. (Photo by Jean Nicole Cortes) 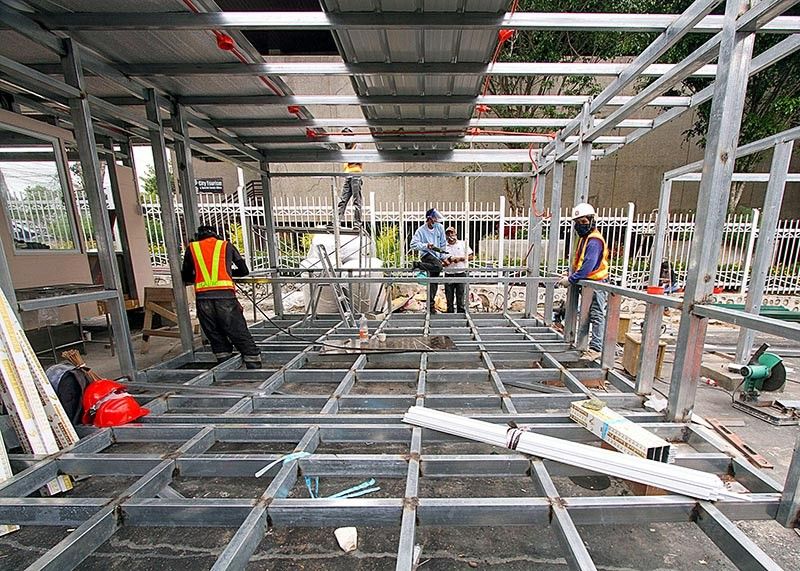 Sal-ongan with the rest of the La Trinidad-Itogon-Sablan-Tuba-Tublay (LISTT) claim they were not consulted over plans of the City Government of Baguio to partner with Ilocos Region in a gradual opening of tourism on September 21.

“Being our chairman in BLISTT, he [Baguio City Mayor Benjamin Magalong] should have coordinated the matter to us. Why did the mayor decide without LISTT? It should be coordinated with the BLISTT. What is the use of our BLISTT concept if there is no coordination,” she added in dismay.

Sal-ongan said there should have been coordination and consultation between the city government officials and stakeholders with their neighboring local governments pursuant to the Baguio-La Trinidad-Itogon-Sablan-Tuba-Tublay (BLISTT) concept.

Sal-ongan added the coordination is needed for them to be ready and prepared for the opening of the tourism sector, adding it was only through social media stakeholders learned of the chartered city plans.

The municipality of Tuba is known as the Gateway to Baguio, with four highways going to the Summer Capital: the Asin-Nangalisan-San Pascual Road, Ben Palispis Highway or Marcos Highway, Kennon Road and Naguilian Road.

Diclas added the opening of Baguio’s tourism industry will definitely affect BLISTT and must be further discussed with the BLISTT group.

The governor said the province is still crafting plans for the tourism sector, reiterating once tourists directly go to the province, they must still undergo pre-registration.

On September 1, during the 111th Baguio Charter Anniversary, Magalong and Department of Tourism Secretary Bernadette Romulo-Puyat and officials from Ilocos Region inked a memorandum of agreement and support to open tourism on September 21, creating tourism bubbles in a bid to gradually open economies in Baguio, La Union, Pangasinan, Ilocos Sur and Ilocos Norte.

Magalong said the formal launch of the project is set September 21, with the city using the Baguio Visitor Information and Travel Assistance (Visita) application for incoming visitors who will be availing themselves of tour packages from operators and will be assisted during their scheduled stay.

Itineraries of visits to any of the areas will be backed by health protocols and travel papers will be checked and confirmed. Itineraries will be made to control crowds and zoning of sites visited.