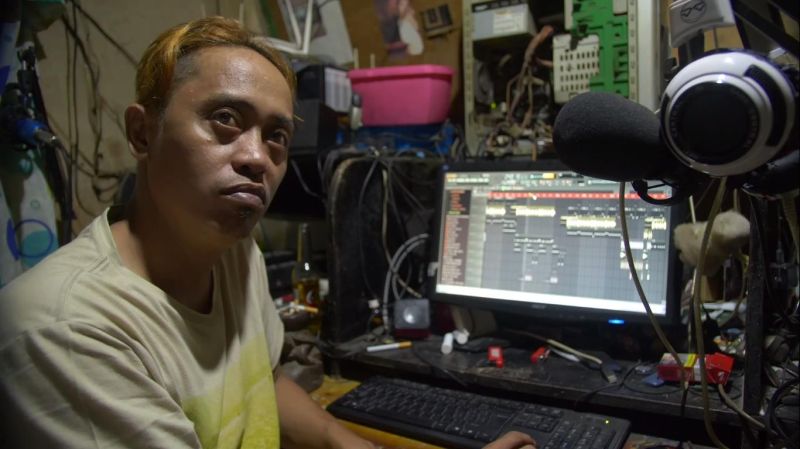 THE issues of copyright and intellectual property in the Philippines are not new. Various artists, especially those who are yet to be known in the mainstream scene, suffer from plagiarism and content stealing. One of those artists is Sherwin Calumpang Tuna, popularly known as DJ Love or Lablab, the creator behind Budots dance craze.

Jay Rosas and Mark Paul Limbaga's Budots: The Craze explores a specific aspect of Filipino pop culture originally from Davao City which had later on branched to different parts of Mindanao.

Budots dance is basically an uncoordinated and a freestyle dance whose amalgam of steppings follow the rhythm of electronic and house music with bits and pieces of organic noises taken from Sherwin’s environment. This may be the exact reason why Budots easily became a hype -- because it’s relatable. It's “tiwtititiw” electronic beat makes one want to dance regardless if he’s a good dancer or not.

The short documentary is fun to watch, especially if you are a Bisaya (or can understand the language). It’s easy to relate to its humor. The documentary film acts as if it were Sherwin's friend who is curious about his work and how he manages to sustain it. He acts as a one-man-army: he makes the music, directs and edits the music videos, and does the online promotion. The film is faithful in giving Sherwin the right recognition he truly deserved.

Sherwin wants to distance himself and his creation from the gang war or the child delinquency issues that plagued Davao City. For this same reason, he incorporates positive messages on his music videos like: "Yes to Dance. No to drugs" and "Yes to Dance. No to riots." Budots was primarily made for fun while discouraging deplorable behavior.

Despite Budots popularity, Sherwin still receives hate comments from online bashers. "We get bashed online many times, but they don't really understand," he said.

The film shows a glimpse of this phenomenon with compassion and sprinkled it with happiness.

The film also raises questions on creative gatekeeping and the extent of ownership. Sherwin is displeased when a giant media network played his song in one of their TV shows without acknowledging him properly. Sherwin is also upset when a Youtuber copied his mixes and uploaded it on his channel. Both videos went viral online and most people did not know the creator behind it.

In this digital age, when piracy becomes more rampant and stealing of content is a common practice among vicious online creators, Sherwin was not able to protect himself against these kinds of individuals -- even the media giant who used his music.

It is also interesting to see a scene where President Rodrigo Duterte dances to the beats of Budots with five teenagers in one of the famous parks in Davao City. The video was taken during his 2016 presidential campaign and went viral online. The hype may have helped him win the presidency while it introduced this regional dance craze to the Philippine mainstream media.

When your creation, like Budots, enters the Filipino pop culture, it becomes a property of the people.

They embrace it, make reiterations, and some would label it as their own. To some extent, one cannot even recognize the original creator.

"I didn't intend to make money out of it. I hoped. But there's none," Sherwin said. When your creation goes viral, sooner or later, money comes in. Clearly, Sherwin just wants to make people happy and to enjoy what he is continuously doing.

(Budots: The Craze is nominated for Best Documentary in the 43rd Gawad Urian, which is slated for mid-October.)