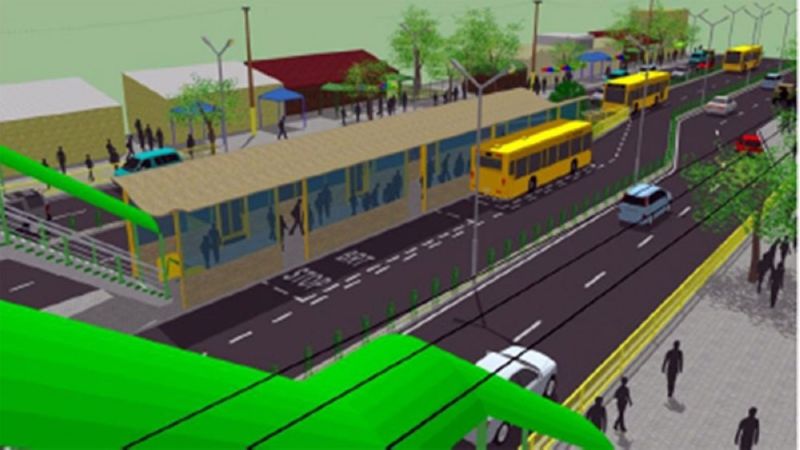 EVEN before construction on the controversial Cebu Bus Rapid Transit (BRT) project could start, it has already incurred P29.48 million in cumulative commitment fees from 2015 to 2019 for the late implementation of the project.

This was contained in a 56-page Consolidated Audit Report on Official Development Assistance-funded programs and projects submitted to President Rodrigo Duterte on Aug. 17, 2020.

The P16 billion BRT is among the four loans under the infrastructure sector projects that were contracted from 2014 to 2018 and have remained 100 percent unavailed of as of Dec. 31, 2019.

The delay in the project implementation resulted in low utilization of loan proceeds, hence the accumulation of commitment fees, the report said.

The Department of Transportation (DOTr) is currently reviewing the detailed engineering design of the BRT submitted by South Korea-based Kunhwa Engineering and Consulting Co. Ltd., the lead firm in the Technical Working Group (TWG).

According to Cebu City Councilor Joel Garganera, chairman of the committee on transportation, the DOTr said, “If all the stars will conspire, the target date for Phase 1 is December of 2021.”

The Cebu BRT has funds amounting to US$198 million both from the World Bank and the French government, through the Agence Francaise de Developpement.

Phase 1 of the BRT project, which is from the Cebu South Bus Terminal to the Capitol, is expected to be partially operational by December 2021.

Phase 2, which is from Bulacao/Talisay to Talamban, is expected to be completed by March 2022.

It was not clear, however, if the DOTr would seek an extension for the loan availment.

The P16 billion BRT project is 39.88 kilometers long, including the length of the feeder lines which extend to Talisay City.

The BRT is part of the Integrated Intermodal Transportation System (IITS) in Cebu. The IITS, initiated by the DOTr, targets to integrate the BRT, monorail system and cable car system.

Talisay City Mayor Gerard Anthony Gullas Jr. said once the CBRT will be operational, Talisay City has to be included.

Gullas said based on his initial talks with other local officials, feeder terminals for the BRT may be installed in Talisay City.

“Together with our department heads from the City Assessor, City Engineering, City Planning, City Legal, City Budget and City Admin we had initial talks about possibly putting a feeder terminal for the BRT in the City of Talisay,” Gullas said.

During the coordination meeting with transport groups and agencies, officials agreed to also identify the public utility stops (PUS).

Garganera said buses can only stop at the PUS. The PUS will also organize the riding public to still follow the social distancing protocol while waiting for a vehicle.

Transport groups, officials and agencies will meet again next week for another coordination meeting.

The Commission on Audit (COA) in its report noted that reasons for the non-availment of the loan pertain mostly to delays in the procurement of technical consultancy services for the detailed engineering design of the project.

The BRT’s detailed engineering design started in the last quarter of 2019.

In 2017, the COA recommended a review of operations to determine bottlenecks and reasons for the low utilization of funds and to fast-track the resolution of issues.

It also recommended the transfer of the procurement of technical support consultant by DOTr to the Procurement Service of the Department of Budget and Management.

In 2017, the BRT already incurred an unnecessary administrative cost of P2.9 million in the form of a service fee. (MVG / JJL)