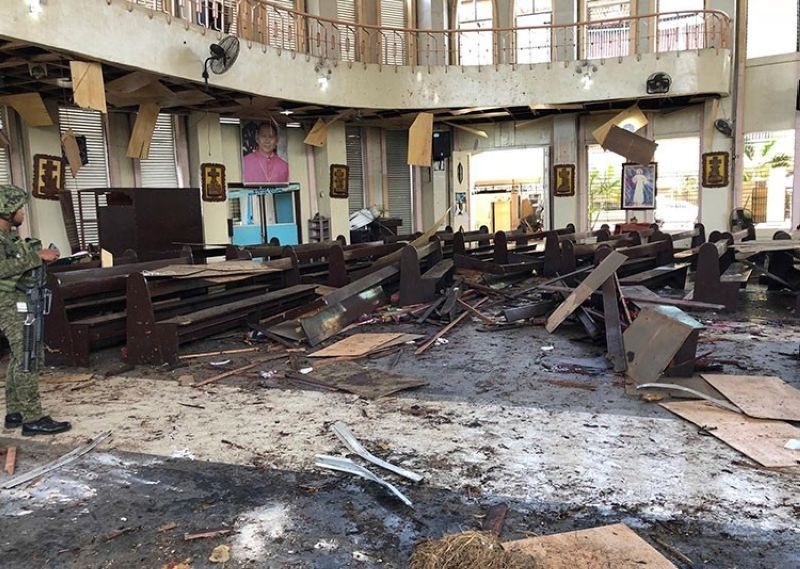 THE Armed Forces of the Philippines (AFP) said 83 people have been killed and 505 others wounded in bombing attacks by the Abu Sayyaf Group (ASG) from 2009 to August 2020.

Of the 83 fatalities, 20 were military personnel and 63 were civilians. The wounded included 70 uniformed men and 435 civilians.

Based on its record, the AFP said the terrorist group has staged 47 bombing incidents using improvised explosive devices (IEDs) in Sulu, Basilan and Zamboanga.

“The Armed Forces of the Philippines sees a greater urgency to toughen the country’s drive against terrorism due to the rising terror threats by the Abu Sayyaf Group and other local terrorists. Recent acts of violent extremism have already claimed innocent lives of both civilians and military personnel,” AFP Chief of Staff Gilbert Gapay said in a statement Monday, September 7, 2020.

The most recent case was the twin suicide attacks in Barangay Walled City in Jolo, Sulu on August 24, 2020, which claimed the lives of 15 individuals and wounded 74 others.

The military said Mundi Sawadjaan who is a relative of Hatib Sawadjaan, the second to the highest leader of the ASG next to Radullan Sahiron, planned the attack which was believed to have been carried out by two female suicide bombers.

The two suicide bombers were reportedly the wives of Norman Lasuca, the first Filipino suicide bomber, and Abu Talha or Talha Jumsah, an ISIS-trained bomb expert who was killed during military operations in 2019.

In 2019, six incidents occurred in Jolo, Indanan and Patikul towns, all in the province of Sulu. These included two suicide bombing incidents.

In January 2019, a foreign couple triggered the blast in Jolo Cathedral which resulted in the killing of 23 people and wounding of over 100 others.

On June 28, 2019, Lasuca and another attacker wore explosives around their torsos and set these off as they entered a temporary camp of a special army counter-terrorism unit in Indanan, Sulu. Six people, including three military personnel, were killed then.

The military said there were “relatively fewer” attacks in 2018 with three incidents in Basilan and Sulu that caused both AFP and civilians 10 deaths and 16 wounded.

It said there were also fewer casualties in 2017 after 10 recorded explosions in the same provinces. Three were killed and seven were wounded.

“No IED detonation was recorded in 2016 and 2014 but the year 2015 marks the most number of wounded individuals. In that year, four different explosions were perpetrated by the ASG in Zamboanga City and Basilan that took the lives of 8 and injured 106 civilians,” the AFP said in a statement.

From 2012 to 2013, seven bombing incidents transpired in Sulu and Basilan which resulted in the killing of four persons while 16 civilians were wounded.

The same provinces were also hit by 10 explosions in 2011 and 2010 which resulted in nine killed and 84 wounded civilians.

In 2009, the ASG detonated six explosives in Cotabato City, Datu Piang in Maguindanao and Jolo, Sulu, which resulted in five killed and 65 wounded civilians, and one soldier who was wounded in action.

The AFP said the ASG, a Daesh-inspired terrorist group, has 200 regular members with 212 high-powered firearms and 147 identified supporters.