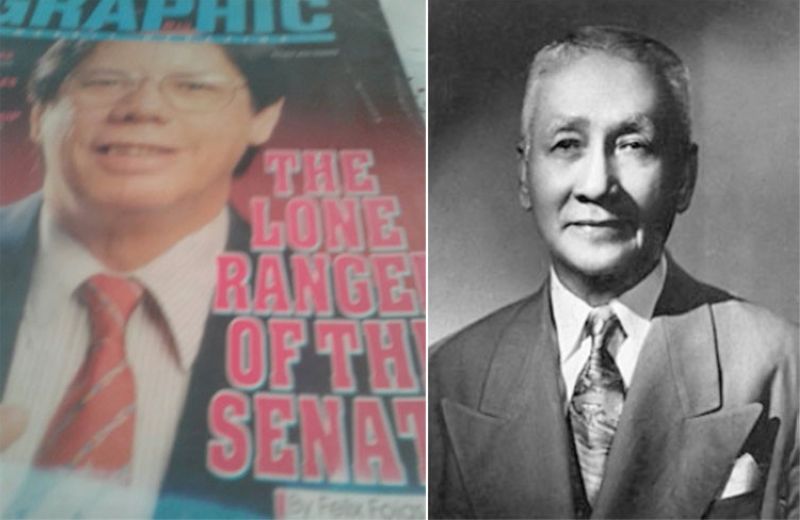 "With the appointed chief investigator to his right and one of those accused...to his left, he cleared the accused of any wrongdoing. End of story."

Justice can be swift either way, based on government response or action. Speedy removal, on the mere whiff of suspicion of thievery. Or speedy clearance, despite strong evidence of looting.

[2] GUESS HOW HARRY ROQUE REACTS TO PEMBERTON PARDON. Would it be something like, "It's the prerogative of the president. While I was Jennifer Laude's lawyer in 2016, my professional duty to her has long been over. My personal feelings on the issue were unimportant then, as they are now."

No, Roque won't say that because even after he stopped lawyering for the Laude family, he publicly "deplored the short period of punishment meted on Pemberton who killed a Filipino in the most gruesome manner. Laude's death personifies the death of Philippine sovereignty."

Whatever President Duterte's spokesman will say at his press briefing Wednesday, September 9, it will be aimed more at not hurting his boss's interest or personal feelings than at explaining the clash of his own views in the past with the logic behind some of the Malacañang decisions he now must defend or explain.

John and his grandpa

John "Sonny" Osmeña -- whose long record of public service includes being vice mayor, mayor and congressman of Cebu City, senator of the land with multiple terms, and Toledo City mayor -- remembered having learned a lesson on defeat from his grandfather Sergio Osmeña Sr., then president of the Philippines (1944-1946). Wednesday, September 9, is Don Sergio's 142nd birth anniversary.

Sonny said in 1991 that his interest in public service was "kindled by a singular incident" at Malacañan Palace when he was only 11 years old.

Recounted in the "Philippine Graphic" weekly magazine issue of September 16, 1991, where an article about Sonny and Don Sergio story was the cover story, the incident happened a few nights after his father lost to Manuel Roxas in the 1946 presidential election. The sentiment among his family and aides then was that the voters were ungrateful for not electing Don Sergio as the first president of an independent Philippines.

Sonny remembered his "lolo" quietly eating his meal amid the chatter at the dinner table. When he finished his food, he stood up and talked briefly to the family members and co-workers gathered at the Palace, "Do not feel bad. We should be grateful that I was given a rare opportunity to serve the nation." Then the old man walked quietly to his bedroom.

SONNY'S WISH AT 11. As quoted by Graphic contributor Felix Fojas (with Nick Joaquin as editor-in-chief), Sonny said to himself, "I wish that in my old age, I could say the same thing." Sonny was 55 when he made the recollection. In the article, writer Fojas called Sonny the Lone Ranger of the Senate for his "causes for good government."

In the 2019 elections, Sonny lost, heavily and indisputably, to Representative Pablo John Garcia of One Cebu in his bid for the House seat in Cebu's third district. Sonny had the chance then to feel and say what Don Sergio said and felt in 1946.

If Sonny got his wish, he must have expressed his gratitude privately. The public didn't know about it.

P.S. The former public official just survived a bout with Covid-19. No mean feat at 84.