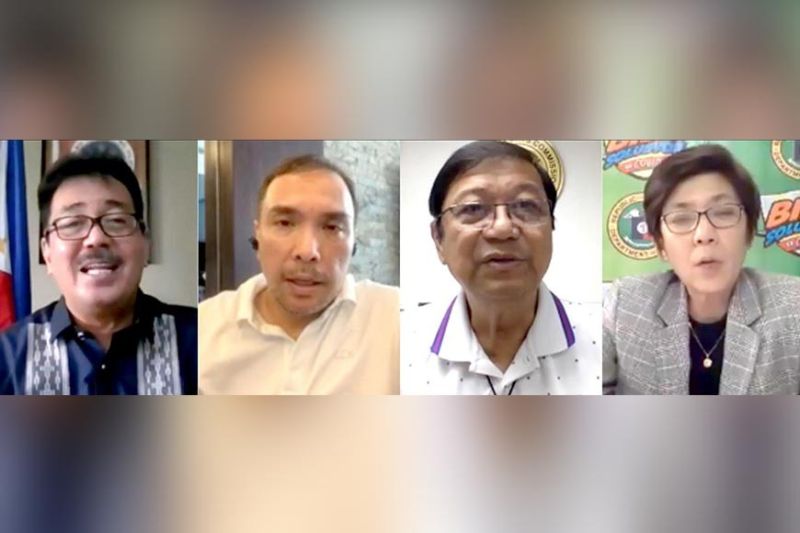 THE Commission on Higher Education (Ched) will form a Technical Working Group (TWG) that will craft the guidelines in allowing the training of collegiate athletes.

This was disclosed by Ched Chairman J. Prospero De Vera III during a joint virtual press conference last Monday, September 7, alongside with the Philippine Sports Commission (PSC), Games and Amusement Board (GAB), and Department of Health (DOH).

The TWG will be composed of Ched, PSC, DOH, GAB, and representatives of collegiate leagues to craft the guidelines this week.

The Ched chief, however, clarified that allowing of collegiate training does not mean that there will be face-to-face classes.

"This is just to allow the collegiate athletes to train so their mental health and physical well-being will be enhanced," he said.

During the virtual press conference, the Philippine Basketball Association (PBA), Chooks to Go 3X3, and the Philippine Football League (PFL) shared their best practices that may be emulated by collegiate teams.

"Many of the best practices of these leagues were taken from those used by international sports bodies. The inputs from the national sports associations will be taken through the PSC," De Vera added.

GAB Chairman Abraham Khalil Mitra, meanwhile, felt proud that everything seems fine in the pro-level and thanked everyone for showcasing our best practices. "This is like a commendation to the leagues who have spent time, effort, and resources to comply with the Joint Administrative Order."

PSC Chairman William Ramirez also said that they would also be looking at the status of amateur athletes like in the national team and other amateur leagues on how to resume their respective training.

Ched to issue show cause order to NU and UST

Ched, on the other hand, has completed its fact-finding report on the alleged violations made by the National University (NU) and the University of Santo Tomas (UST) of the Inter-Agency Task Force (IATF) and Ched Advisories.

The report has already been submitted to the IATF, particularly to the Department of Justice (DOJ) and the Department of the Interior and Local Government (DILG) for proper action. "As far as violations of Ched Advisories are concerned, show cause orders will be issued to NU and UST requiring them to explain why sanctions should not be imposed on its officers, teaching and non-teaching personnel for its failure to comply with the guidelines of Ched," De Vera said.

De Vera explained during the press briefing that they have to wait for the DILG's report whether the team's actions violated a particular local ordinance on Covid-19 as well as with DOH's health protocols.

"I am happy that the UST and NU issue has been addressed by the group and all our reports have been forwarded to the proper agencies that will address it," said Mitra.