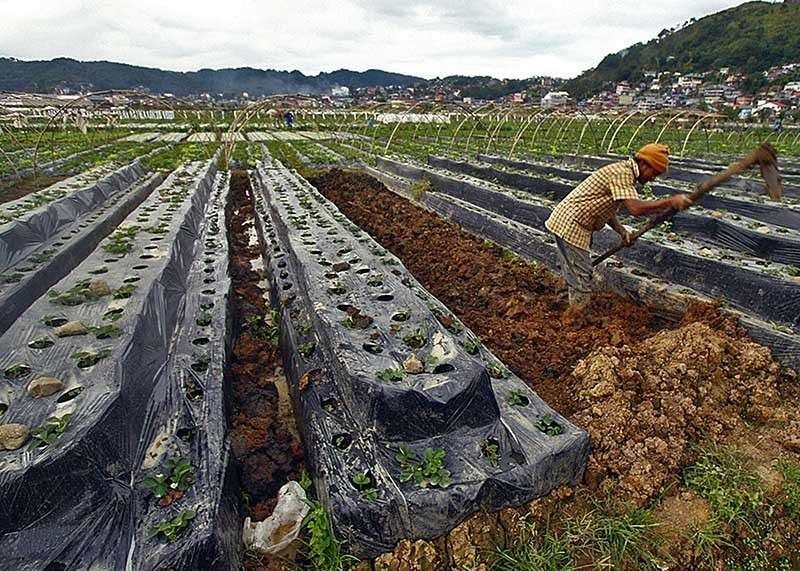 SINCE the implementation of community quarantine in March, the La Trinidad Strawberry Farm has been abandoned by tourists.

Leonardo Catiyan, president of SFAI, said most of the farmers in the area rely on tourist arrivals, while some of their produce are sent to few outlets ion Baguio City and Metro Manila.

When Covid-19 hit, followed by imposition of community quarantine, farmers, and even vendors were hardly hit by the pandemic.

Catiyan added the challenge is how to market their produce as not all farmers venture into online selling.

Catiyan added that strawberry farmers have shifted to planting vegetables and once tourists return, they will also shift back.

Fely Ticbaen, La Trinidad municipal agriculturist, said strawberry farmers have diverted to cash crop like lettuce, which can be harvested in 45 days.

Ticbaen noted that from the more than 800 strawberry farmers in the municipality, around 20 to 40 percent diverted to other cash crops while some opted to sell their produce at low prices.

From March to May, tourism sector in Benguet's capital town recorded an estimated P100 million in losses due to the Covid-19 pandemic.

Livelihood of the more than 1,000 farmers in the capital town was hardly hit, registering a loss of P50 million.

Based on the report submitted by the Local Economic and Investments Promotion Office and Municipal Tourism Office, the 250 souvenir/pasalubong shops and other stores in the town incurred P5 million to P6 million estimated loss from March to May.

In addition, the 120 food and non-food products producers of strawberry jam, wine and crafts have also estimated a loss of at least P5 million, while the six tourism sites recorded P3 million to P3.5 million loss.

Around 500 to 600 businesses near tourism areas such as dining, leisure and shopping establishments recorded P10 million loss while 12 tour operators have lost at least P2 million.

La Trinidad tourism office statistics for same-day tourists in 2019 recorded 322,417 tourists, with 282,200 visiting the strawberry farm, followed by the colorful houses at StoBoSa with 32,125, while 6,350 went to the vegetable trading post.

The conservative estimate during the fourth quarter of 2019 was 322,000, but during the holidays alone in December, the number of visitors reached 240,000.