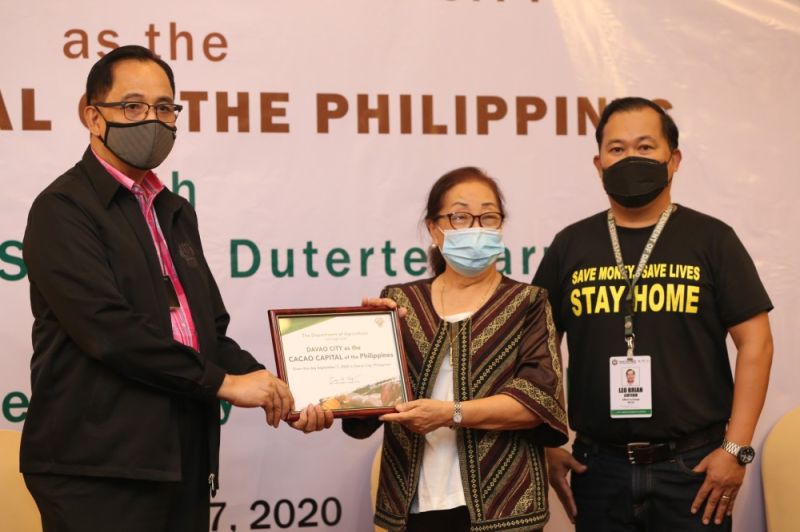 DAVAO City is now officially the Cacao Capital of the Philippines.

On Monday, September 7, the Department of Agriculture (DA) declared Davao City as the Cacao Capital of the Philippines.

On the official Facebook page of Agriculture Secretary William Dar, he said "the declaration was made following the consistent production of high-quality beans in the Davao region that has contributed more than 70 percent of the national production."

Davao City harvested a total of 2,289.74 metric tons of cacao in 2019. For five years now, Davao Region has been producing an annual average of 80 percent of the national production.

In an interview with City Agriculture's Office head Leo Leuterio, he said they are grateful for the recognition and for the recommendation given by different stakeholders.

With the recognition, he said they are looking forward to more support coming from DA for the cacao farmers and the local government's cacao project initiatives.

"Buhi siya nga industriya kay naay kabalo sa production ug sa processing (It is a booming industry because we know both the production and the processing side)," he added.

Before the pandemic, Leuterio said they were planning for a Sikwate Festival together with the local government units of the cacao-producing provinces in Davao Region.

He said it was already ready for implementation but had to be postponed because of the pandemic.

However, he said they envision to promote local sikwate drinking and selling in establishments like restaurants and hotels to further promote local cacao and its byproducts.

At present, cacao byproducts are being sold in Cebu City and some European countries.

The Cacao Capital of the Philippines recognition was received by Charito Puentespina of Malagos Chocolate and Leuterio.