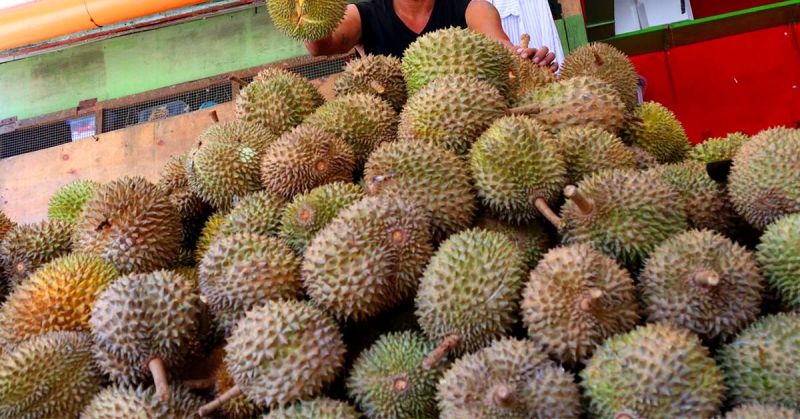 DURIAN growers in Davao Region are planning to export their fruits within and outside the country this harvest season.

Neil Belviz, Davao Industry Association of Durian Council (DIADC) president, said they partnered with a private cargo company to help strengthen their plans of exporting durians to other parts of the country, particularly in Manila.

He said there is a need to strengthen their exportation plans by connecting farmers to other processors and exporters to boost the financial income of the farmers.

"At least ang mga local farmers sa Davao City, dili mag sige'g bagsak presyo (At least this will help local farmers in Davao City. In that way, they won't have to keep on lowering their prices just to sell it to the market)," Belviz said in the One Davao on Covid-19 virtual presser on Wednesday, September 9.

Durian prices will be more affordable in the coming weeks since there will be ample supply during the month of September, the start of the harvest season, Belviz said.

"Naga-start pa man ang season sa durian diria sa Davao City. Karon gahinay-hinay pa pero most likely, two weeks from now, mudaghan pa na siya (Since the durian season is still starting in Davao City, there is still a gradual increase in the supply. But expect that there will be increasing supply in the coming weeks)," he said.

Currently, Belviz said the prevailing farm gate prices of durian in the city range between P40 to P55 per kilo, depending on the variety. Puyat, the premium type of durian, is at P55, while lower varieties range from P35 to 40.

The retail price, however, is around P60 to P80 per kilo but they are expecting that it would decrease due to the increase of supply.

He said they are hoping the pricing would remain that way so the farmers will not be burdened.

Admittedly, Belviz said market limitation is one of the problems the durian growers and sellers are facing when the city was placed under community quarantine due to the Covid-19 pandemic.

Belviz said the subdued celebration of this year's Kadayawan Festival, which could have been their opportunity to boost their sales since it is in demand during the festival, is also one of their challenges.

"Since wala ta'y Kadayawan, lisod ang pag-market (Since Kadayawan this year was quieter, it is hard to market our product)," he said.

But still, DIADC is thankful for the government's intervention in helping them export these items to other areas. However, there is still a need to scout for more markets.

"Isa pa sa atong gina-address is ang high cost sa inputs, like sa abono, medyo dako ato gasto ana (Other issue that we are addressing is the high cost of the inputs like fertilizers, we spent a large amount for that)," Belviz said.

Belviz said they are also hoping that farming will be professionalized to help strengthen its market expansion.

He added they are hoping to acquire the Good Agricultural Practice (GAP) certification in 2021.

GAP is a certification from the Department of Agriculture, which will help run farming in a safe and professional way. Certain standards such as chemicals used in pest control, among others must be followed to achieve sustainable farming.