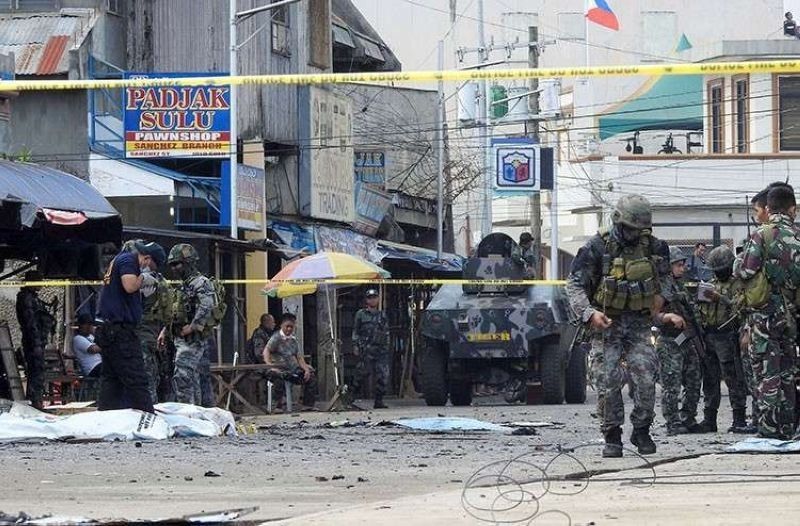 THE two suicide bombers who triggered the August 24 twin explosions in Jolo were female Asians, a police official said on Thursday, September 10, 2020.

Lieutenant Colonel Kris Conrad Gutierrez, spokesperson of the special investigation task group tasked to probe the attack, said the nationality of the suspects were not identified as only the race and gender can be determined through DNA examination.

The DNA examination also established that the two female Asians were not related to the suicide bombers who triggered the bombing in Jolo Cathedral on January 27, 2019.

Gutierrez said the improvised explosive device (IED) used in the recent bombing was made from ammonium nitrate fuel oil.

A tricycle driver who had brought one of the suicide bombers to the site is now considered a person of interest. The driver had voluntarily surrendered.

Lasuca was the first Filipino to have ever been involved in a suicide bombing attack.

He and another attacker staged the bombing in the temporary camp of a special army counter-terrorism unit in Indanan, Sulu on June 28, 2019 which resulted in the killing of three soldiers and three civilians.

Talha was killed in an encounter with government troops in November 2019.

Gutierrez said charges were filed against at least 20 members of the Abu Sayyaf on September 4 over their alleged involvement in the August 24 explosions. Fifteen were killed and 74 were wounded. (SunStar Philippines)