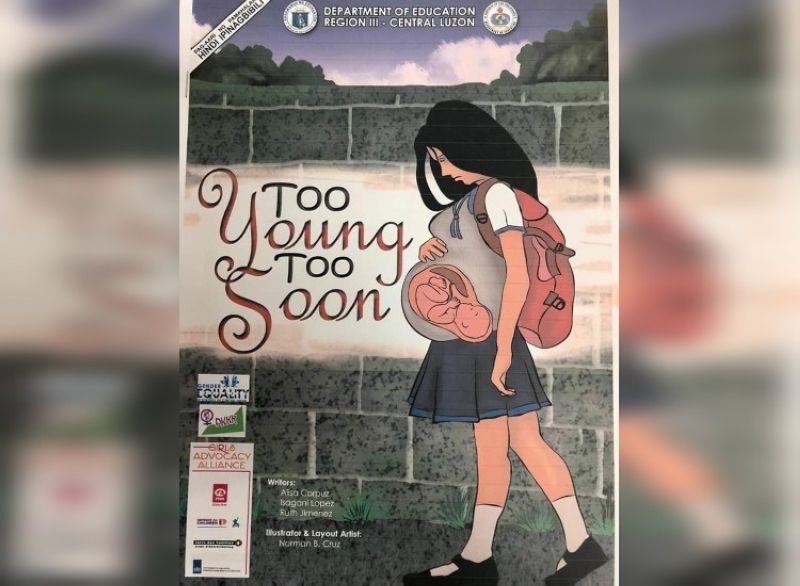 CITY OF SAN FERNANDO -- The Department of Education (DepEd) announced on Wednesday, September 9, 2020, that 14 Gender-Related School-Based Violence (GRBV) modules have been developed under its flagship project Gender Equality Movement in Schools of Central Luzon (Gems-CL).

DepEd said that the modules are the outputs that seek to address issues on teenage pregnancy, SRGBV and other gender issues in education. The development of student modules aims to make learners understand themselves and other genders better and address gender concerns.

This is in line with Goals IV: Quality Education and V: Gender Equality of the Sustainable Development Goals (SDGs), officially known as Transforming our World: the 2030 Agenda for Sustainable Development, the Department of Education, Regional Office III-Central Luzon, in collaboration with the twenty Schools Division Offices, Pambansang Koalisyon ng mga Kababaihan saKanayunan (PKK), Plan International and Girls Advocacy Alliance (GAA),” said Ruth Jimenez, the Regional GAD Focal Person of the DepEd Regional Office III. Central Luzon Schools Division Office (SDO) who have produced SRGBV modules include SDO Zambales for "Safe Zone," and "Did You Know?"; SDO Pampanga for "Slow Down School Zone"; SDO Mabalacat City for "Frenemies"; SDO Olongapo City for "#CyberRespect," "Help, Anyone?", "Speak Out Loud," and "Warning Not For Sale"; SDO City of San Jose Del Monte for "In and Out" and; SDO Malolos City for "Let's Skip in Touch."

Also, SDO Gapan City for "Thou Shalt Not Hit," and "No Gain in Pain"; SDO Aurora for "Happy Family: Happy Child"; SDO Bulacan for "Shout Our Don't Shut Up" and; SDO Angeles City for "I am a Teacher, My Learners' Protector" and "24/7 Available."

SDO Tarlac City, likewise, produced "Too Young, Too Soon," To Do or Not To Do," and "Bae, Please Be Gentle With Me"; SDO Meycauayan City for "Watch Your Word"; SDO Cabanatuan City for "Goodbye Pink and Blue" and; SDO Nueva Ecija for "Techsex."