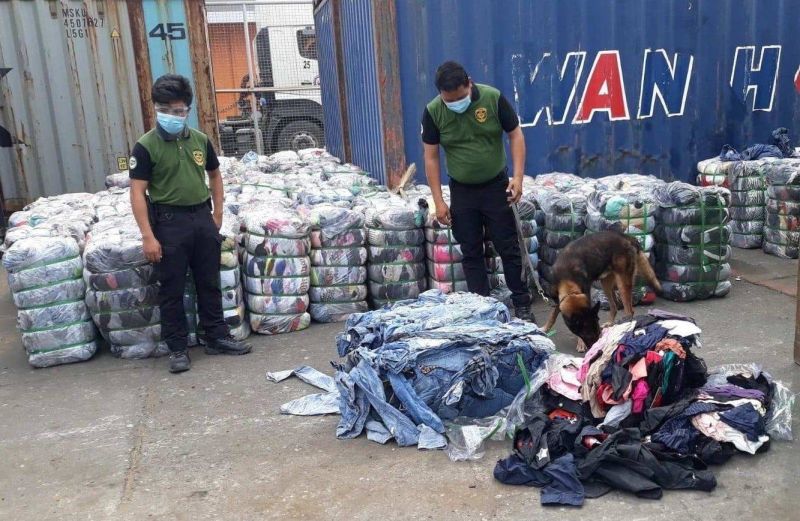 THE Bureau of Customs (BOC) Port of Cebu has intercepted a shipment of more than P4 million worth of used clothes made by a trading firm.

This time, the BOC Port of Cebu, in a news release on Thursday, Sept. 10, 2020, said it confiscated from the importer, GRR Trading, a total of 694 bales of secondhand clothes, locally known as “ukay-ukay,” with an estimated market value of P4.5 million.

Customs officials said GRR Trading’s recent shipments of misdeclared articles had been seized by the BOC.

The BOC Port of Cebu said the shipment of used clothing arrived at Cebu City port from China last Aug. 20. The declaration in the inward foreign manifest states the shipment contains hotel supplies.

With the successive seizures of previous shipments from the same importer, the container of the Aug. 20 shipment was subjected to X-ray inspection, which later showed suspicious images.

Lawyer Charlito Martin Mendoza, acting district collector, issued a pre-lodgment control order (PLCO) against the shipment last Aug. 28. A PCLO is a written order issued by the Customs commissioner, district collector, or other customs officers authorized in writing by the Customs commissioner before the goods declaration is lodged or when no goods declaration is lodged so as to prevent the illegal importation of goods or their release.

Mendoza then issued a warrant of seizure and detention against the shipment for violating Republic Act 4653, which prohibits the importation of used clothing to safeguard the health of the people and maintain the dignity of the nation.

The Bureau’s Action Team Against Smugglers has also filed criminal charges against GRR Trading before the Department of Justice for the unlawful importation of various brands of cigarettes estimated to have a total street value of P234.7 million.

Last Aug. 19, the BOC confiscated a total of 1,092 master cases of misdeclared “Astro” brand cigarettes with an estimated worth of P54.6 million.

Six days later, on Aug. 25, another batch of misdeclared cigarettes worth P92 million was also intercepted during a complete physical examination. The importer had declared in the manifest that the container was loaded with drawers, tables, cabinets and lockers.

Another two containers of misdeclared cigarettes with an estimated street value of P88.1 million at Cebu City Pier 6 were also intercepted last Sept. 1.

This latest seizure, the BOC said, is part of its ongoing campaign against contraband to protect the country from the entry of prohibited merchandise./ WBS WITH PR