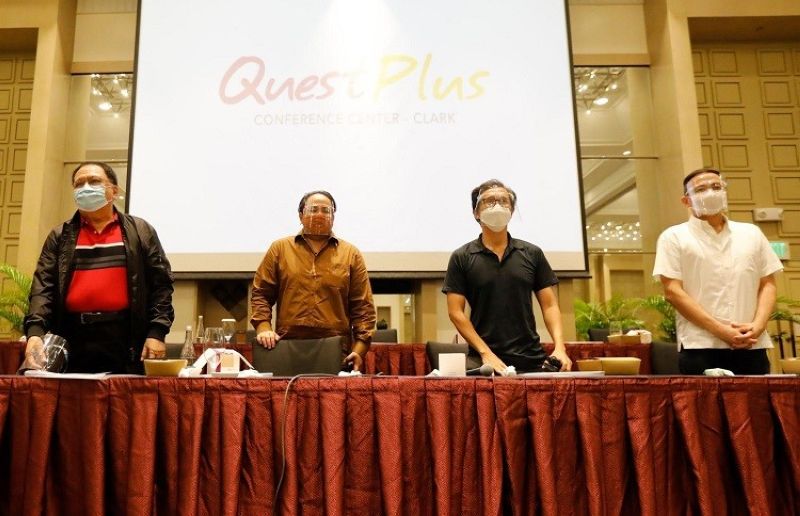 CLARK FREEPORT -- Pampanga Governor Dennis “Delta” Pineda expressed his support to hold the resumption of the 45th season of the Philippine Basketball Association (PBA) in a bubble set-up here.

In a press conference on Covid-19 programs of the government at Quest Hotel Plus here, Pineda stressed that should the PBA Board of Governors decide to choose Clark as the venue, Pampanga will welcome this as an opportunity to showcase the warmth and hospitality of the province and its people.

Recent news articles in major media outlets have mentioned Clark as one of the possible venues that could host the PBA in a bubble environment, similar to what is being staged by the NBA in Disneyworld in Florida.

Together with Clark Development Corporation (CDC) President and Chief Executive Officer Noel Manankil, BCDA President Dizon, the provincial government will see to it that players, officials and staff will feel at home while enjoying world-class facilities in Clark, Pineda said.

NLEX Road Warriors Head Coach Joseller "Yeng" Guiao recently cited the advantage of Clark should PBA decide to hold the bubble inside the Freeport. He mentioned the availability of topnotch hotels, proximity to Metro Manila, safety and security with Clark being a gated community.

Other venues being eyed by the PBA include Baguio, Batangas, Cubao, El Nido, Laguna, Subic, and even Dubai, United Arab Emirates.

Under a bubble set-up, players, team staff and league officials could be protected from the pandemic as they will only be allowed to play and stay in designated playing courts, billeting and activity areas during the tournament.

Clark, a two-time winner of the Sports Tourism Destination of the Year award, has hosted some games and events in the 30th Southeast Asian Games last year. It is also considered as a “safe haven," with investors, workers, residents and visitors observing strict health protocols to protect against Covid-19.