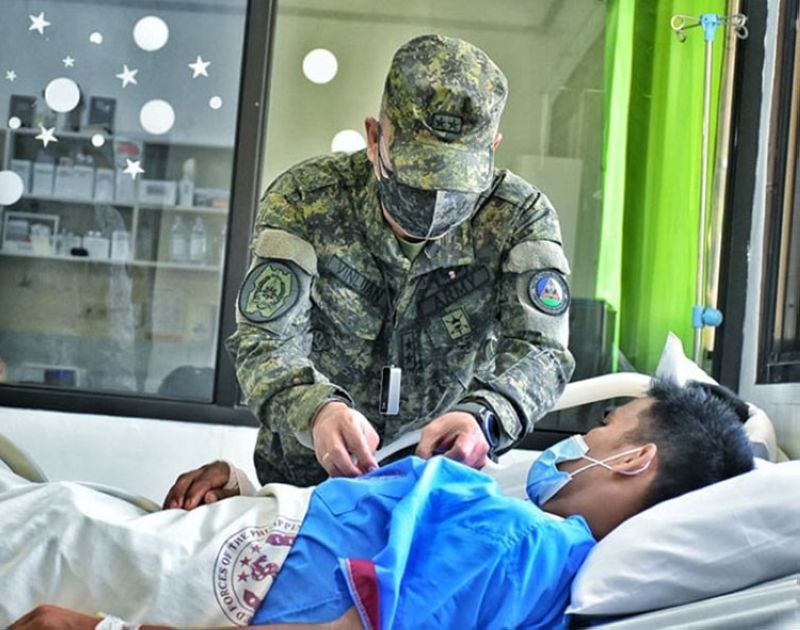 ZAMBOANGA. The Armed Forces of the Philippines confers medal to four soldiers for gallantry in the fight against terrorism. A photo handout shows Major General Corleto Vinluan Jr. pins medal to one of the four wounded soldiers in a ceremony Thursday, September 10, at Camp Navarro General Hospital in Zamboanga City. (SunStar Zamboanga)

THE Armed Forces of the Philippines (AFP), through the Western Mindanao Command (Westmincom), has honored four soldiers, including a junior officer, for gallantry in the fight against terrorism in southern Philippines.

Baccoy and Sapao were wounded in the August 24 bombings by the Abu Sayyaf bandits in Walled City village, Jolo, Sulu.

"I personally highly appreciate and am very proud of your gallantry and will to fight for lasting peace here in Mindanao," Vinluan told the medal recipients.

"Your sacrifices will not be put in vain as we intensify all efforts to end terrorism and lawlessness. For now, take some rest and be healed," he added. (SunStar Zamboanga)