UCFC back on the pitch despite AFC Cup cancellation 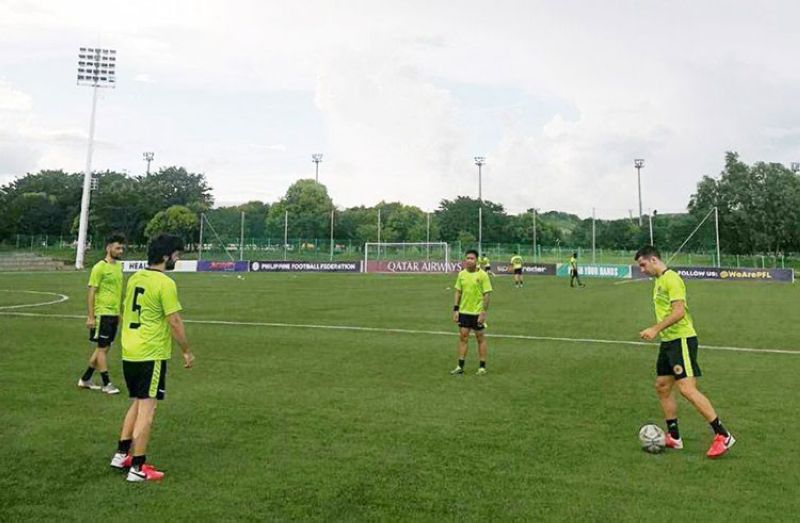 THE United City Football Club (UCFC) has returned to the football field for the first time on Monday, September 7, after being away for six months due to the pandemic. The team held their training at the PFF Training Center in Carmona, Cavite.

For UCFC forward Bienvenido Marañón, it’s good to be finally back on the pitch. “And, I hope following the protocols, we can do normal training soon,” said the Spanish striker.

When asked about how is their training, he said that he’s happy because the training went well. “Junior de Murga is our coach right now and we hope our captain Stephan [Schrock] and our coach [Trevor Morgan] join us soon,” he added.

Meanwhile, midfielder Arnie Pasinabo also felt great and excited to hit the pitch real soon as he waits for his swab result. “I’m also eager to kick the ball with my teammates,” he added.

However, the excitement slightly mellowed after the Asian Football Confederation (AFC) Executive Committee announced on Thursday, September 10, the cancellation of the 2020 AFC Cup. The AFC Executive Committee recognized that the pandemic has affected the ability of the AFC to deliver its competitions.

The AFC Executive Committee also agreed that the pandemic created complexities such as the coordination of the five zones of the AFC Cup and completing the Inter-Zone matches, which constituted a Force Majeure event and led to the cancellation of the 2020 competition.

The AFC Solidarity Cup has also been canceled because of the Force Majeure event and will now be played in 2024 while the AFC Futsal Club Championship UAE 2020 will be canceled with the United Arab Emirates hosting the next event in 2021.

Also taking into consideration the need to prioritize the welfare of young players, as well as the travel and health challenges, the AFC U-16 and AFC U-19 Championships scheduled for Bahrain and Uzbekistan, have been postponed until early 2021.

“These are tough times for everyone connected with football -- and sport in general. We are taking steps to ensure the financial well-being of the AFC and its MAs. I am certain that with the unity and solidarity for which the AFC has become admired across football, we can overcome this latest challenge,” AFC President Shaikh Salman bin Ebrahim Al Khalifa said.