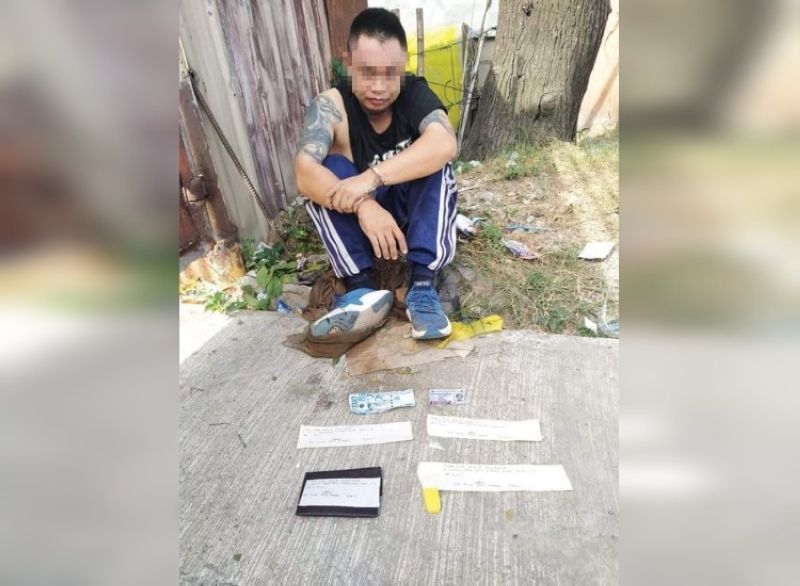 A TEACHER was arrested by joint forces of the Davao City Police Office-Drug Enforcement Unit (DCPO-DEU) and the Philippine Drug Enforcement Agency in Davao Region (PDEA-Davao) in a buy-bust operation on R. Castillo Street, Barangay Duterte, Agdao, Davao City around 8:30 a.m. of September 11, 2020.

In the blotter report from the DCPO, the suspect was identified as Joseph Zohr Greal Jayme dela Fuente II, also known as "Sak-sak," 34, and resident of Barangay San Antonio, Agdao.

Seized from his possession were one rectangular-shaped heat-sealed transparent plastic sachet containing white crystalline substance believed to be shabu, one brown wallet, and one unit L8Star keypad cellular phone.

The confiscated illegal drug has an estimated weight of 1.125 grams with an estimated value of P7,650 based on the Dangerous Drugs Board (DDB) or street value of P18,000.

Dela Fuente and the seized items are now under the custody of DCPO for proper disposition. They will be turned over to Regional Crime Laboratory Office in Davao Region (RCLO-Davao) on Candelaria Street, Ecoland, Davao City for laboratory examination.

Case for violation of Section 5 and 11 of Republic Act 9165 or the Comprehensive Dangerous Drug Act of 2002 is now being prepared against the suspect. (CEA)