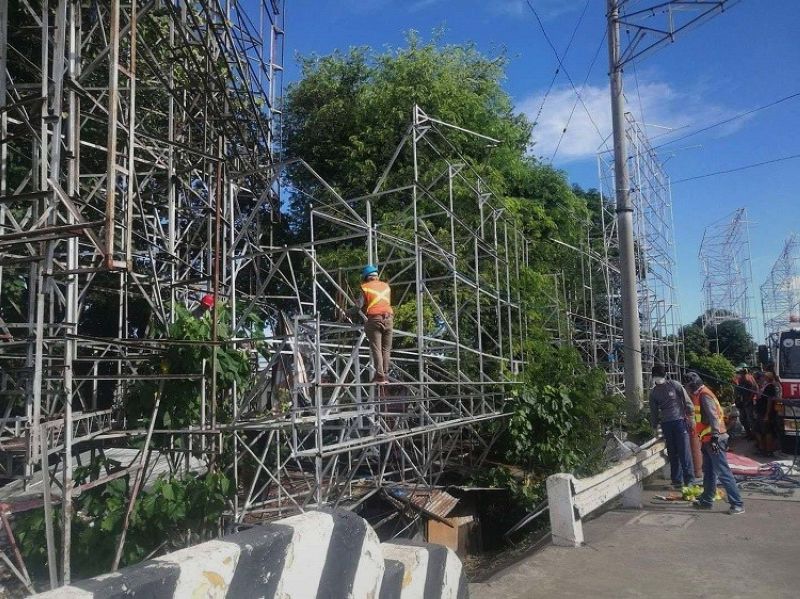 DAVAO City Mayor Sara Duterte-Carpio stressed the removal of advertising billboard towers in some parts of the city has legal basis and its owners were already given ample time to voluntarily dismantle it.

Duterte-Carpio said in a radio interview on Friday, September 11, all billboard structures along Bankerohan, Sandawa Road and Bolton Bridge are to be permanently taken down in compliance with the existing Davao City Ordinance No. 092-2000 that prohibits obstruction of the view of Mt. Apo and the Island Garden City of Samal (Igacos) by billboards.

The ordinance, which is also known as the Signage Ordinance of Davao City, was enacted in 2000. The City was supposed to start the demolition of billboards on March 17, 2006.

However, this was questioned by the Davao Billboard and Signmakers Association, Inc. (Dabasa). They filed a case on March 28, 2006, for the injunction and declaration of nullity of the ordinance.

In a previous SunStar Davao report, Dabasa questioned the ordinance's constitutionality, saying it is not in accordance with the Presidential Decree No. 1096 or the National Building Code.

The Regional Trial Court (RTC) granted the respondent’s petition of injunction and declaration of nullity of City Ordinance, The Court of Appeals also supported this.

However, on February 21, 2018, the Supreme Court (SC) released a decision that reversed and set aside previous decisions of the RTC and the Court of Appeals.

Duterte-Carpio said following the SC ruling, there is a need to execute the ordinance.

The mayor said the City wrote a formal letter to billboard owners to voluntarily take down their billboard towers, attaching the copy of the city ordinance and the SC ruling.

She said none of the billboard owners responded to their appeal.

The mayor said the City Government was forced to take down the billboard towers through the City Engineer's Office (CEO), which started their operation on Wednesday, September 9.

Based on the order of removal, she said billboard owners who did not personally take down their towers will pay the local government of the expenses spent for the demolition.

(Since no one voluntarily demolished their billboards, despite them being issued with the final notice of the order of removal, the local government will do the demolition. We will keep their materials until such time that they will pay the cost of demolition.)

The mayor said some private individuals offered to help during the demolition of the billboards, but they declined because of the risk that some may take advantage of the demolition activity and steal some of the metal bars.

Only the CEO or the billboard owners will be allowed to assist in the demolition.

She said based on recent information she has received, some of the billboard owners are now voluntarily demolishing their towers.

Duterte-Carpio admitted some billboard owners reached out to her asking the City to reconsider its move to demolish the billboards.

(I have the authority to stop the demolition. But if I will do that, I will be wasting the City Council's effort in crafting that ordinance and also the City Legal Office's effort in defending the legality at the courts.)

The mayor said the implementation of the ordinance has long been overdue.

Duterte-Carpio said billboard owners were already given the opportunity to explain their side at court.