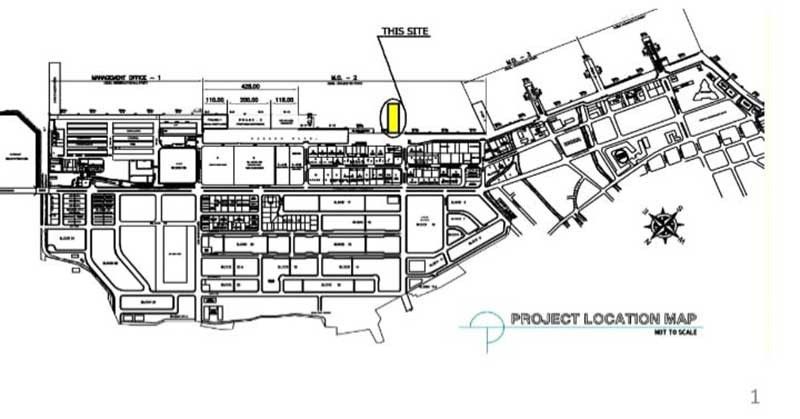 PROJECT SITE. The new Pier 5 will have the same concrete deck elevation and mooring facilities as Pier 4. / Contributed Photo

THE Cebu Port Authority (CPA) will build a new pier to provide additional berthing space and cargo area to decongest the Port of Cebu.

A new 360 linear meters of berthing space would reduce a ship’s waiting time and thus, improve vessel use while the additional 7,750 square meters of cargo area would lessen cost and cargo delays.

The new reinforced concrete pier, to be called Pier 5, is estimated to cost P510 million which will be financed through the CPA corporate budget.

Mary Knoll Lague, CPA public relations officer, told SunStar Cebu that the CPA targets to start implementing the project in October 2020 and to complete it in December 2021.

The bids were opened last week and the CPA targets to award the contract by the end of the month. Information on the bidders was not available.

The detailed engineering design for the project has been completed.

The CPA said the Cebu Baseport’s berthing spaces are congested due to a steady increase yearly in containerized cargo, vessel, and passenger traffic volumes.

This is indicated by the high number of vessels waiting to dock at the port and the additional container yards that the CPA is renting outside the Cebu Baseport.

Domestic vessels that docked at Cebu ports increased by 13,590, or 10.08 percent, while foreign ship calls increased by 89 vessels, or 8.48 percent.

Prior to the pandemic, an increase in tourism activities in Central Visayas also resulted in a 4.13 percent increase in passenger traffic volume in 2019 to 22.99 million passengers.

The proposed Pier 5 will be 155 meters long and 50 meters wide with a draft of 8.5 to 11 meters. It will have the same concrete deck elevation, mooring facilities and back-up area coverage as Pier 4.