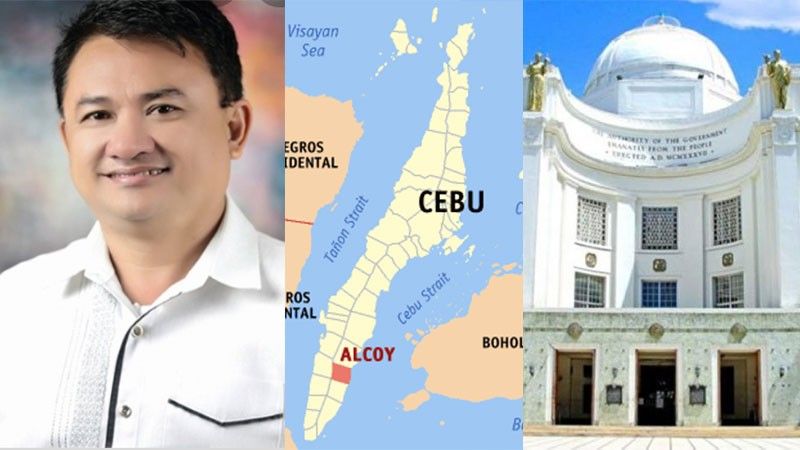 IT TURNS out the Cebu Provincial Government has not shut down, and does not intend to stop, the entire operations of Dolomite Mining Corp. (PMC) and Philippine Mining Services Corp. (PMSC), the two companies engaged in the mining, processing and marketing of dolomite products in Alcoy town.

The two firms will continue production and processing. What is stopped is only the selling and transporting of dolomite, not just to the Manila Bay project but all other domestic buyers of the mineral.

NOT-SO-CLEAR MESSAGES. How the communication to the public went:

[1] Initial media stories on September 9 were not clear, whether it covered only the shipment of dolomite for the controversial Manila Bay rehabilitation project;

[2] Later on the same day, with the publication of Governor Gwen Garcia's September 8-dated EO, the public learned that the cease-and-desist order covered "further extracting, selling, and transporting" of "dolomites, assorted mineral deposits" and other quarry materials. Nothing was more authoritative than the order itself. And there was no qualification: it explicitly covered all phases of production, marketing and movement of dolomites from Alcoy.

[3] At a press-con Thursday, September 10, which the Capitol-run Sugbo News publicized, the governor "clarified" the scope of the action on dolomites. It is only the local selling and transporting that is prohibited by the order.

WELCOME DEVELOPMENT. Whether a change of policy or a clarification, the development shed light on a murky and urgent issue: the economic impact of the order.

[1] Losses in actual and potential income the two companies would suffer;

[2] Lay-off or furlough of the workers, most of whom live in Alcoy and neighboring towns;

[3] Ripple effect on small businesses that rely on DMC's and PMSC's operations;

[4] Loss of revenues by the central government and/or the LGUs because of the shutdown.

So it is not a total closing of the shops. No one would lose his job, unless the domestic sales are so high that they could affect production target and result in cutbacks in the work force.

DOMESTIC SALES. It is not yet publicly known how much PMSC has been selling locally: volume of production and cost of the orders.

Also not known is when it started marketing dolomites as substitute for sand and gravel or as "fine sand" for such projects as the Manila Bay rehabilitation. That would be crucial to determining the impact of increased mining in Alcoy: on the damage to environment as well as the amount of taxes the local governments could've collected.

The sale made to the Manila Bay project reportedly totaled 10,500 wet metric tons. The other Philippine sales since processor-marketer PMSC and miner DMC began operations more decades ago are still to be ascertained. The Manila Bay deal could be just a fraction of the local sales through the years.

EVOLVING POLICY. Capitol decisions on how to deal with the dolomite issue seems to be evolving, primarily because of incomplete information about the law and the situation:

These were not immediately clear while the lawyers scrambled to draft the governor's EO:

[1] The rights of DMC and PMSC and the limits to those rights under the separate contracts with "the Republic." The matter of local-sales-only came out after the September 8 EO, meaning the information came a bit late. The national law and contractual obligation of the national government understandably would restrict the LGU's authority and actions.

[2] The income due to the Provincial Government, the town of Alcoy, and the barangay of Pugalo. How much were due them, if any, under the contracts of the national government with the two companies? How could the LGUs -- Alcoy is only a fifth-class town -- earn more from the operations in the form of municipal taxes? Governor Garcia at the press-con talked of taxes on domestic sales of dolomite, where she must think the additional revenue would be.

[3] The LGUs are virtually in the dark on the impact of the mining and processing operations. If there were studies made before the grants under their contracts, there must have been no reviews made over the years.

There have been no reports or complaints of illnesses or deaths of mine workers and the town folk of Alcoy. Even environment advocates like Ben Cabrido could only speculate on the extent of the ecology damage, qualifying his assessment with "might" or " might have been."

OMISSION OF OFFICIALS. Governor Garcia sharply prodded the officials of Alcoy -- Mayor Michael Angelo Sestoso and Vice Mayor Jimmy Abajon and the leaders of Barangay Pugalo, particularly -- to speak out about the dolomite operations, how they affect their people's lives, and why the local units have not been sharing as much as they should from the business.

Have the Alcoy officials been clueless about DMC's and PMSC's obligations and the LGU's rights, which in turn led them not to complain to Capitol?

The past three governors -- since 1998 when the mining operation reportedly started until last year -- and their respective Provincial Boards have not taken up the problem. Governor Gwen, who also missed the issue during her first three terms from 2004 to 2013, said she acted on the problem when a few months after her return to Capitol in 2019, she suspended all provincial permits on quarrying.

DOING CATCH-UP. The controversy in Manila, where fine sand -- actually crushed dolomite rocks from Alcoy, Cebu -- spread last week over a stretch of the Manila Bay coast set off an uproar. Which only briefly alarmed Provincial Board Member John Ismael Borgonia, who backed off after the Mines Geosciences Board's "clearance." But it jolted the governor enough to make the initially dramatic move.

The subsequent downsizing of the measure against the two companies still allows Capitol to look into the dolomite business in Alcoy and see how the Provincial Government and the town and barangay units can get more taxes from the enterprise.

At the same, the Provincial Government can examine the damage from decades of mining in the area on the environment ("Save the Siloy!") and the threat on the safety and health of mine workers and the residents of Alcoy.