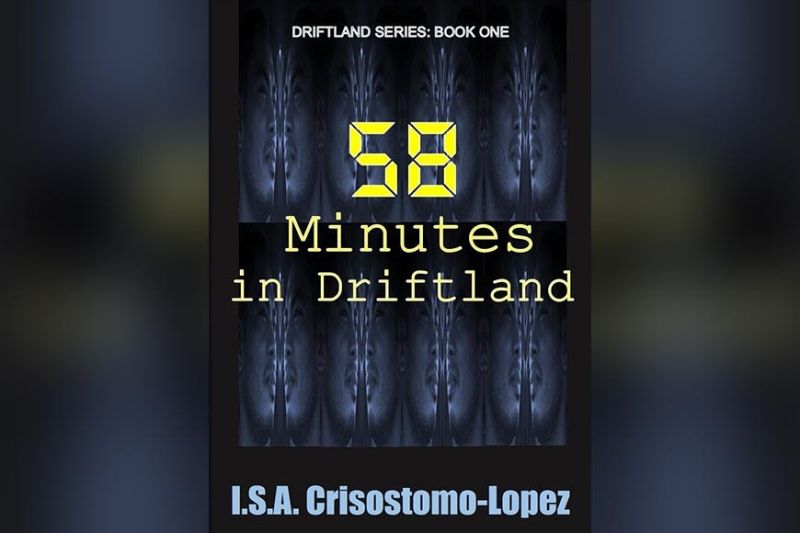 LOOKING for something exciting to read on Kindle books from Amazon.com? Grab a copy of “58 Minutes in Driftland,” the new sci-fi adventure novel written by Filipino writer I.S.A. Crisostomo-Lopez.

The story revolves around Alunsinag Bayani, a 17-year-old Filipino immigrant in the United States who is trying to find his place in the world. His mother Mercedes or “Chedeng” Bayani is a nurse who works at a community hospital in Los Angeles, while his father Artemio “Miyo” Bayani is a travel writer who is mostly out of town on assignment to feature endangered plants or animals.

Alunsinag or “Al” as his friends call him, faces many adventures with his two best friends, Ming Ju-long, a Chinese immigrant from Hong Kong, and Tej Ondrej, an Indian immigrant from Bangalore.

Driftland is an alternative realm where childhood dreams and nightmares exist. The adventure begins when Alunsinag accidentally steps into Driftland and discovers he can switch places with his alternate, more efficient self for 58 minutes. The switch opens doors to discovering one’s strengths and regaining confidence in one’s abilities.

An interesting allegory on a person’s journey to self-realization and the battle between good and evil, “58 Minutes in Driftland” is also a coming-of-age story which explores current issues facing young people today like belongingness and discrimination, standing up to bullies, discovering one’s potential, and falling in love.

On an interesting note, the author I.S.A. Crisostomo-Lopez is a stay-at-home mother who has retired after 17 years of office work. She revealed that she composes story ideas in her mind while doing the laundry or mopping the floors. She is based in Binan City, Laguna with her husband, four children and two dogs.

“58 Minutes in Driftland” is available in both digital and paperback editions. (PR)