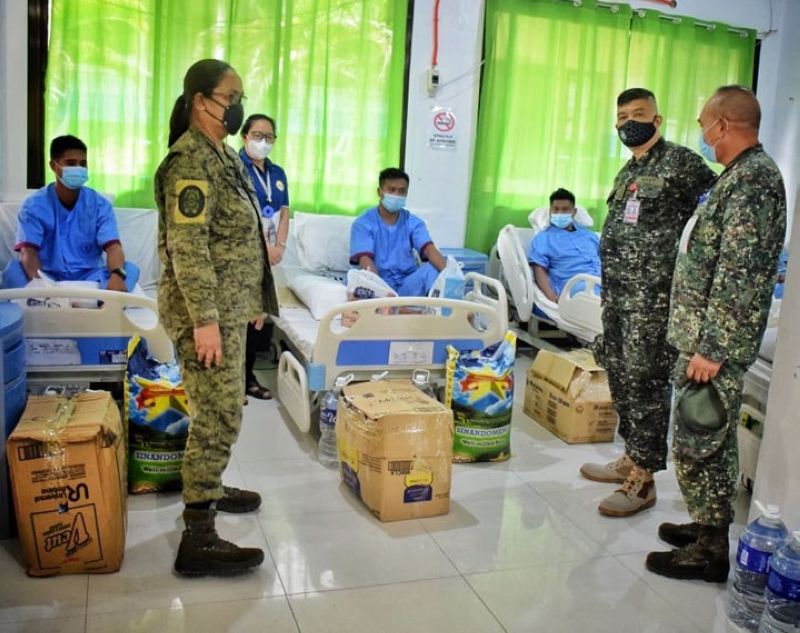 ZAMBOANGA. The Department of the Interior and Local Government distributes Monday, September 14, assistance "in-kind" to battle casualties in Zamboanga City. A photo handout shows soldiers assisting the DILG staff in the distribution of the assistance at Camp Navarro General Hospital. (SunStar Zamboanga)

THE Department of the Interior and Local Government (DILG) has distributed assistance "in-kind" to 11 soldiers, who are battle casualties and are currently recuperating in hospitals in Zamboanga City.

The assistance for the other battle casualties, who are confined in private hospitals in Zamboanga City, were received by their liaison or representatives.

"On behalf of the recipients, I would like to express my deep appreciation to the initiative of the DILG to morally support our wounded soldiers. Your simple act of generosity means a lot to our brothers-in-arms," said Major General Corleto Vinluan Jr., Westmincom chief.

The 11 battle casualties were wounded in the campaign against the Islamic State for Iraq and Syria-inspired Abu Sayyaf bandits and communist New People's Army terrorists. (SunStar Zamboanga)