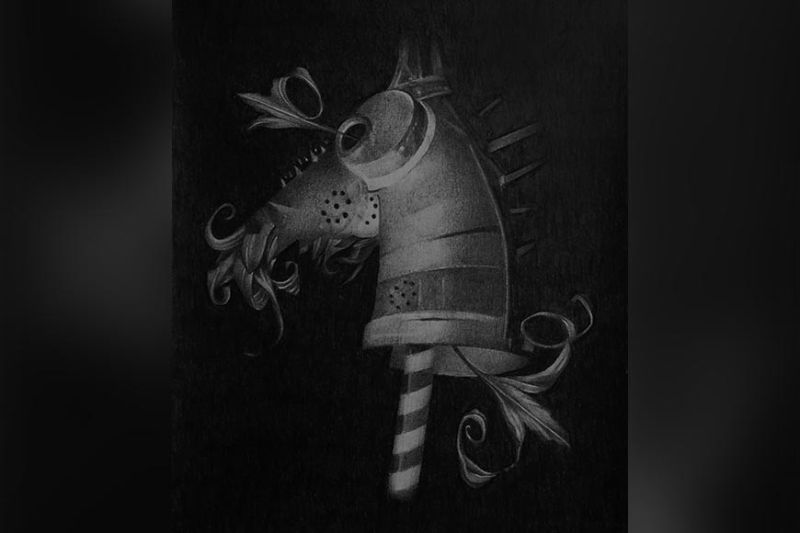 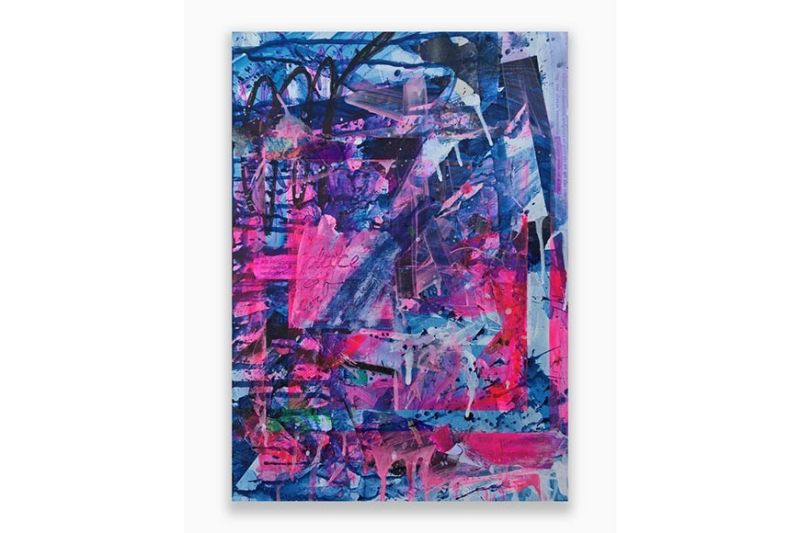 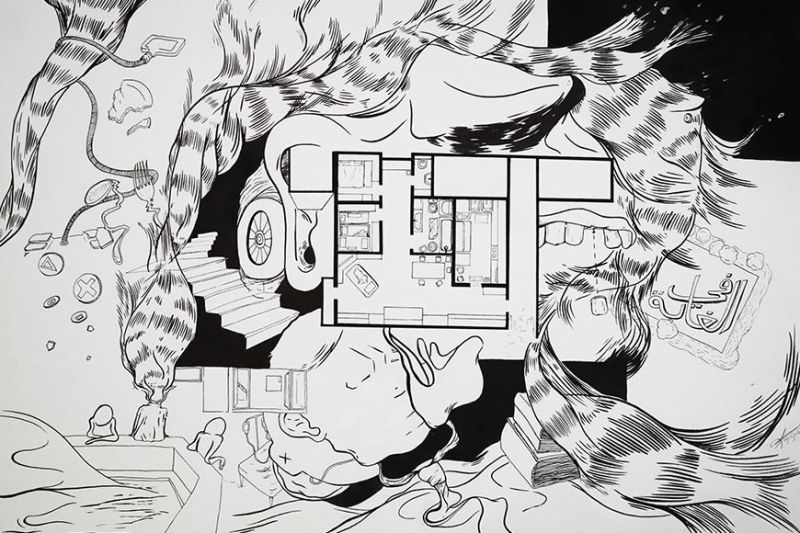 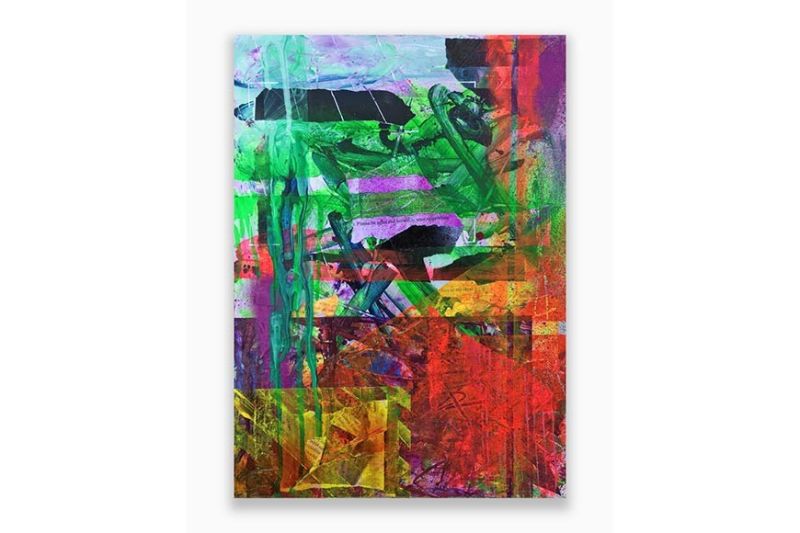 Antonio Pastoriza - Close to my ideal - 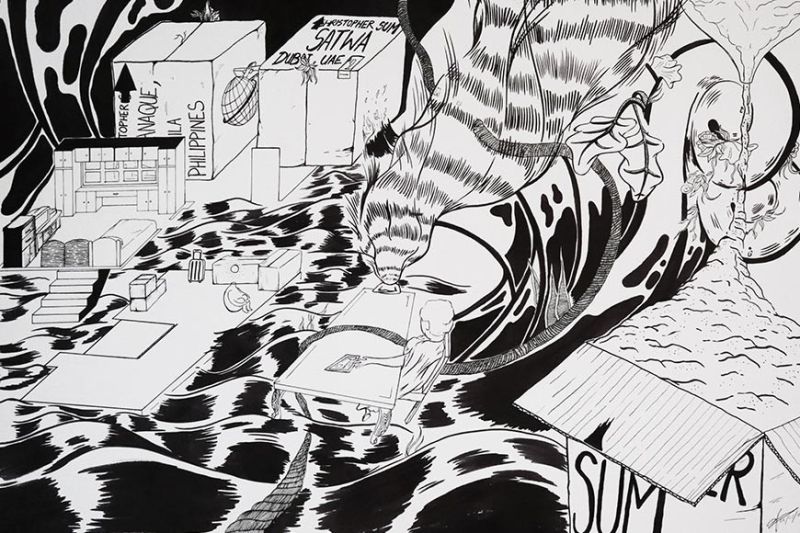 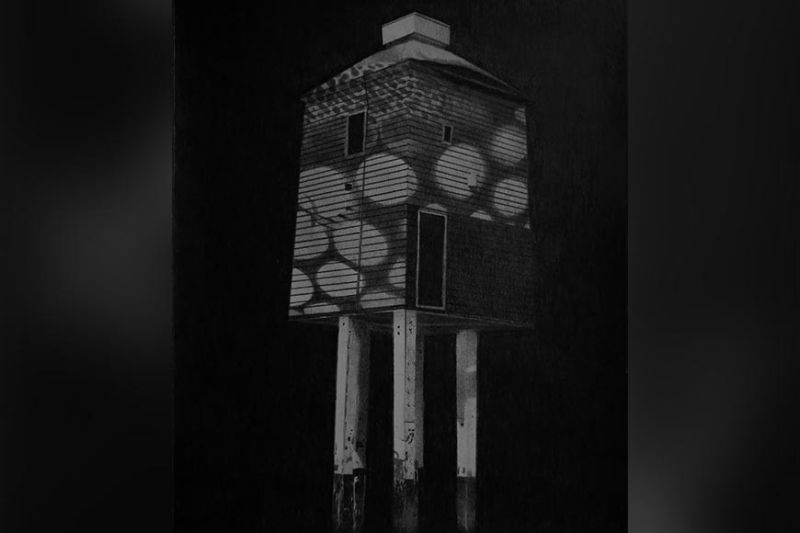 “Ban.yu.hay,” according to curator Gwen Bautista in her notes on the current exhibit at Qube Gallery, “translates the idea of metamorphosis: A process that looks into the cycle of transformation.”

“In this exhibition, three emerging artists are drawn to understand how the evolution of self transpires.” The three artists are Antonio Pastoriza, Kevin Roque and Christopher Sum aka MEATFIST. All are Manila-based.

Pastoriza is a Cebuano who has moved to Manila. His series of collage-based paintings was “initially a visual journal experiment (that) has evolved into a therapeutic expression of how I perceive emotions, feelings, experiences, and memories,” he said.

“By connecting seemingly unimportant words, questions, symbols and visual elements, each final arrangement becomes significant in better recognizing my psyche. These elements have either been intentionally sought or stumbled upon during the course of my psychology studies at university, all of which cultivated my appreciation of the human psyche while questioning my own.”

Exhibiting in Cebu, Pastoriza said, is like a homecoming, and his works depict “text, visual elements and questions that have been attributed to my past in Cebu.” The pandemic has cancelled his actual homecoming for the exhibit.

For Roque, he explained “Ban.yu.hay” as “a blend of bago, anyo and buhay. It is derived from the Filipino phrase bagong anyo ang buhay (a new form of life).”

For him, it is a “metaphor for what people undergo during transient lodging.” It is a condition that fits him perfectly as, since leaving home to attend college, he has been moving from one lodging place to another.

“Everything is fleeting and I feel very temporary about myself since I always move around. Making friends is not a problem but I was always a stranger. This made me focus on personal growth and adapting to every change in the

situation. Moving from one place to another, I wanted my material to be portable and accessible. Pencil and paper are not hard to come by and you can always bring these anywhere. These are also the tools of trade in design work. Drawing for me is a practice that involves creating intimate and personal alternative worlds. It offers an imaginative elaboration of the artist’s psyche.”

MEATFIST, born of an Indian father and a Filipino mother, was raised in Dubai. He describes his art as a description of sorts of his existence.

“In ‘Returning,’ the map of my tiny apartment that holds six people takes centerstage. I’ve lived in that box my entire life. The surrounding floating elements are instances of my youth where I’ve developed most of myself like ‘Fe Al Ghaba’ (In the Forest), a concrete patch of land surrounded by scant trees. A wall that I sat on every day with friends or my siblings or without. The broken plates and bent utensils are the strain of my parents’ marriage with the layout of the apartment giving the viewer hints as to how my life was run. The umbilical cord that connects is now a wire for a dissipating video game controller, one of the few remaining and fading memories that connect myself with my brother and sisters. When I moved to the Philippines, my mother followed soon after. She lived in a house in a subdivision while I stayed in different rooms similar to the one in Dubai, albeit less cramped and emptier. Every time I’d visit her, I’d be reminded of the sinking archipelago of my existence in relation to my old conceptual idea of ‘Home’ when it only meant the nuclear family and a physical space prior to its expansion. ‘Coming Back’ to the Philippines always meant a leaving behind of what I once was. The balikbayan boxes are labeled packages of my dual lives, the umbilical cord now a rope that runs through and instead of connecting, divides me and my mother.”

In the context of the lives of the three young artists, “Ban.yu.hay” is aptly named: The artists are all in the process of becoming into who and what they will be in the future, of finding their places under the sun, and this is mirrored in their works.

“Ban.yu.hay” is on exhibit at Qube Gallery until Sept. 16. For online viewing, visit to www.qubegallery.ph.