Restos, other biz will be allowed to serve alcohol on September 21 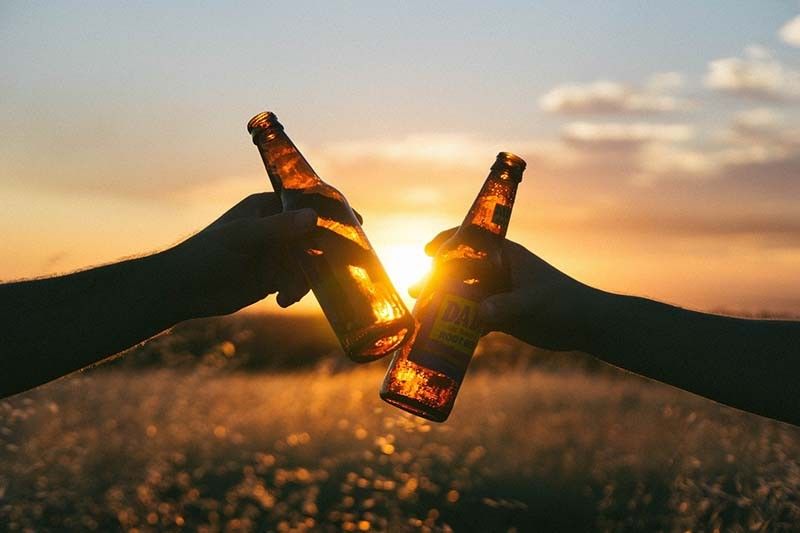 RESTAURANTS and other establishments not included in the Department of Trade and Industry's (DTI) "negative list of industries", which remain prohibited even in areas under modified general community quarantine (MGCQ), will be allowed to serve alcoholic drinks once the 24-hour liquor ban will be lifted in Davao City on September 21.

Davao City Mayor Sara Duterte-Carpio, during her radio interview on 87.5 FM Davao City Disaster Radio on Monday, September 14, said according to DTI's memorandum circular, business establishments or activities included in the "negative list" shall not be allowed to operate under any form of community quarantine include: holding of traditional cockfighting and operation of cockpits; beerhouses and similar establishments whose primary business is serving alcoholic drinks, such as nightclubs; and children amusement industries, such as playrooms and rides.

But for restaurants and other establishments, who offer beer or any alcoholic drinks on their menu, the mayor said, can serve it since their

primary business is not dependent on alcoholic drinks.

The mayor cited Italian restaurants that are serving wine as an example.

KTV houses, she said, are also allowed to serve liquor since their primary service is more on karaoke.

The mayor said in an interview on Friday, September 11, that she will be issuing an executive order within this week, formally lifting the 24-hour liquor ban.

She said the city will no longer issue any guidelines on its lifting since it is already indicated in the DTI guidelines.

"Ang pag-lift ug ang pag-impose sa liquor ban, dili na under IATF (Inter-Agency Task Force on Emerging Infectious Diseases) [guidelines]. Naa ra na sa LGU (local government units). Pwede ra ta mag-impose and mag-lift. Pero katong mga establishments nga pwede mag serve, naa na sa DTI list (The imposition and the lifting of the liquor ban is not covered under the IATF guidelines. The LGUs are given the authority to impose and lift it. But it is the DTI who has the say on those establishments who are allowed to serve)," Duterte-Carpio said.

The mayor clarified that the city will not be lifting the 24-hour liquor ban due to public clamor but for businesses and for those whose livelihood and work are related to the liquor business.

"Dili ni tungod aron sa inyong kalipay, kon dili para sa negosyo ni (We are not doing this to satisfy your thirst for alcohol, but to revive the economy)," Duterte-Carpio said in an interview via on Friday, September 11.

Duterte-Carpio on March 18 implemented extended hours for the liquor ban in the city due to the Covid-19 pandemic.

This was eventually upgraded into a 24-hour ban in early April this year when the city declared enhanced community quarantine (ECQ).

The mayor also emphasized that once the lifting of the 24-hour liquor ban will be formalized through an executive order, the city's existing liquor ban from 1 to 8 a.m., based on Ordinance 004-13, will take effect. RGL