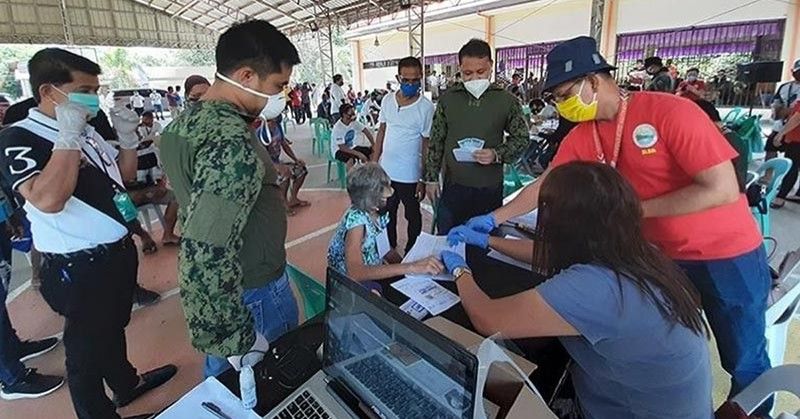 FIVE barangay officials in Davao Region have been placed on a six-month preventive suspension by the Office of the Ombudsman following the filing of complaints by the Department of the Interior and Local Government (DILG) against them for anomalies and irregularities involving the implementation of the first tranche of the Social Amelioration Program (SAP).

DILG Secretary Eduardo Año directed the respective municipal and city mayors, where these barangay officials are under, to immediately implement the order of the Ombudsman upon receipt while the DILG Regional and field officers were directed to ensure the orderly implementation of the said mass suspension.

DILG-Davao Director Alex Roldan said the five are temporarily suspended to give way for further investigation on the allegations against them.

But he clarified that they are not yet removed from their position.

"They were given the suspension order to prevent the barangay official from using their position to influence the outcome of the case. But it doesn't mean that they are proven guilty. This is only the move of the Ombudsman," Roldan said in a phone interview with SunStar Davao.

The suspended officials are still given the chance to appeal to their suspension.

Aside from DILG, Roldan said some barangay officials had also filed their administrative complaints directly to the Ombudsman. He did not provide additional details on the complaints.

Earlier, DILG announced that 24 local elected and appointed public officials in Davao Region and their civilian co-conspirators are currently investigated for their alleged anomalies in the pay-outs of SAP.

The Philippine National Police-Criminal Investigation and Detection Group (PNP-CIDG) led the investigation after the complaints were filed on the regional level.

Roldan, however, said he is not yet certain if there will still be another round of mass suspension of government officials in the region.

But he said their office will still entertain complaints from beneficiaries and concerned individuals, provided that proof and other necessary documents must be presented to solidify their complaint.

Meanwhile, DILG Undersecretary and Spokesperson Jonathan Malaya said the suspension of the 89 officials is the first wide mass suspension in "the history of the country."

Malaya said it is just the latest in a series of moves undertaken by the DILG to weed out corrupt officials in the implementation of the SAP.

He said acting on the orders of the DILG, the PNP-CIDG has already filed criminal cases against 447 individuals for violations of Republic Act (RA) 3019 or the Anti-Graft and Corrupt Practices Act), RA 11469 (Bayanihan Act I), and RA 6713 (Code of Conduct of Government Officials and Employees), among others, again in relation to the implementation of SAP.

Of the 447 suspects, 211 are elected local and barangay officials, 104 are appointed barangay officials and 132 are their civilian co-conspirators. The cases are now being handled by the different City and Provincial Prosecutors across the country who have started the filing of the necessary information against the suspects in the courts.

SAP is a government cash assistance program intended for low-income households heavily-affected by the community quarantine imposed to contain the spread of Covid-19.