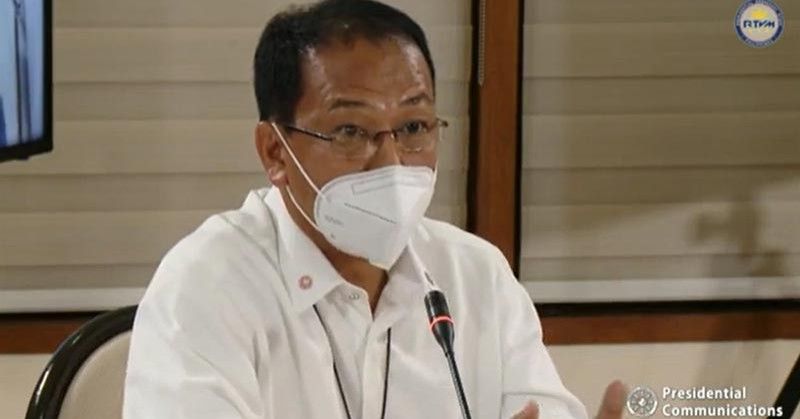 Galvez on Monday evening, September 14, 2020, during an aired public address, told President Rodrigo Duterte that there is a need to upgrade the country's health facilities and bed capacities.

This was his reaction following his recent monitoring in some of the hospitals and other health care facilities in the country since he was appointed as NTF chief.

Galvez cited the hospital facility of the President's hometown for its huge bed capacity in response to the Covid-19.

Based on the data from the Department of Health (DOH), SPMC is the biggest government hospital in the country with 1,500 bed hospitals. Last year, the hospital's total admissions were 76,586 and catered to 586,278 outpatients.

SPMC also has other separate institutes such as the Heart Institute, the Institute for Women and Newborn Care, the Orthopedic and Rehabilitation Institute, the Intensive Care Complex, and the main hospital for General Medicine and Surgery. It also has the biggest hemodialysis in the country with 65 dialysis chairs.

Galvez aims to replicate this to other hospitals in the entire country.

"On my personal opinion, kailangan nang i-modernize ang health care system. Matagal nang napapabayaan ang ating health care system. Kaya po, ito nakikita natin na malaki ang gap ngayon [na ating] hinaharap (There is a need to modernize our healthcare system. It has been left behind for a long time. That is why we are seeing this huge gap amid the health crisis)," he said.

Galvez also lauded the Davao City Government's strategy of designating SPMC as a Covid-19 referral center in the city.

Duterte-Carpio previously said she had pushed to designate SPMC as a referral center for Covid-19 patients since the first case was recorded in Davao Region in March this year.

Former SPMC chief Leopoldo Vega, who was appointed Health undersecretary in June this year, also cited this strategy when asked by Presidential Spokesperson Harry Roque on how Davao City was able to manage its Covid-19 despite its spike.

"We are united in our response to Covid-19. We implemented a referral system. The SPMC only accepts Covid-19 patients while private hospitals would take in our patients who are non-Covid. Its significance is that we can pool our resources in one referral center," he added.

Although the mayor, in response, said that it was too early to tell if Davao City should be labeled as role model in the Covid-19 response in the entire country, as what Roque suggested.

SPMC was dragged in the Philippine Health Insurance Corporations (Philhealth) Internal Reimbursement Mechanism (IRM) issue in early August after receiving a huge chunk of IRM budget of around P326 million.

Critics alleged that there was bias and favoritism in the IRM allocation to SPMC, which was denied by Roque, PhilHealth, and SPMC officials.

PhilHealth, in a previous statement, clarified that IRM is not only limited to Covid-19 patients, and its allocation is based on "historical data."

Aside from being the largest government hospital in the country, which played a key role in Covid-19 response in Mindanao, SPMC also remained to be the top contributor to PhilHealth's income, even breaching P1 billion in recent years.